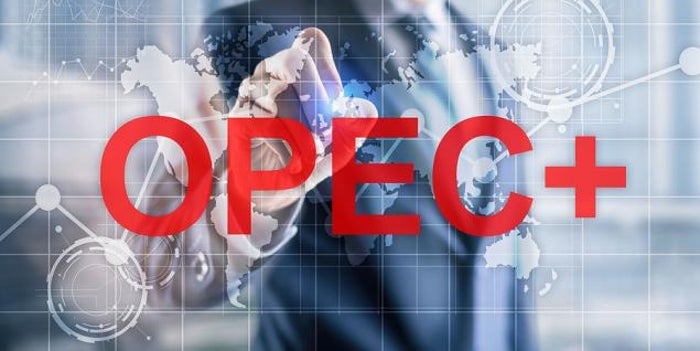 A monthly gathering of the world’s major oil producers is likely to see the group stick to its planned easing of production cuts in October, energy analysts believe. Member countries of the OPEC+ group — a coalition between OPEC countries under kingpin Saudi Arabia and non-members led by Russia — will meet tomorrow via videoconference to decide the next course of their oil production policy.

The alliance, looking to shore up crude prices from the coronavirus-induced depths due to demand destruction, started to withhold output by almost 10 million barrels per day — the largest in history — from May last year. The initial reduction lasted three months. Beginning August, the production cap was relaxed to 7.7 million barrels per day through the remainder of the year. Continuing with its oil price support mechanism, the group agreed to increase output by 500,000 barrels a day from January 2021 instead of the pre-scheduled 2 million barrels per day.

On a further positive note and to nearly everyone’s surprise, Riyadh pledged to reduce the oil output by 1 million barrels per day in February and March, thereby pumping for two months at levels below the production limit fixed under the OPEC+ agreement. The deeper cuts by the world’s largest oil exporter also helped to offset Russia and Kazakhstan’s combined addition of 75,000 barrels per day to the market.

Over the next two meetings, the group stuck to its previous plans to slightly relax output curbs from May through July. The producer alliance decided to return 2.1 million barrels per day of production (including Saudi Arabia’s unilateral cuts) to the market during this period, easing curtailments to around 6 million barrels per day.

In July, the coalition decided to hike production by 400,000 barrels a day every month from August through late 2022 until all of its halted production has been brought back.

It must be mentioned that the existing curbs have been instrumental in lifting a barrel of crude from the negative territory to around $70 now, in between hitting a more than six-year high of $76.98 in July.

Apart from the OPEC+ cartel’s calibrated production policy, oil’s sharp rebound has been driven by continued vaccine-related developments and their successful deployment around the world, leading to an earlier-than-expected pickup in demand. The stalled prospect of renewed Iranian exports, marked improvement in U.S. gasoline consumption, the ongoing government stimulus, and an improving situation in the world’s second-largest oil consumer, China, following a resurgence in infections, are the other positives in the oil story. In particular, much of the bullish argument is simply a bet on stronger economic growth in the Western markets and the subsequent improvement in consumer spending.

In fact, demand is set to surpass the pre-pandemic threshold of 100 million barrels per day once again next year, especially with most individuals resuming activities post vaccination and pent-up consumption starting to take effect. The upbeat demand picture has boosted the OPEC+ group’s confidence in the commodity’s medium-term outlook. The coalition believes that with restrictions being lifted in most of Europe and the United States, and people taking to the road with a vengeance, the record storage glut from 2020 is likely to be eliminated sooner than later.

At the same time, one has to remember that the rise in oil prices might open the door for U.S. shale operators that were forced to dial back production in response to the decimation in demand and prices. In other words, OPEC’s strategy to revive oil markets is dependent on all-round production restraint. The primary risk to this comes from the U.S. shale patch whose constituents are quick to pick up drilling activities on any steep rise in the price.

Yet, this time, the companies seem to be in no hurry to boost output. Finally, learning their lesson, shale operators are focusing primarily on improving cost and increasing free cash flow rather than looking at boosting production. While oil at $70 is profitable for almost all shale entities, the industry, for its part, is sticking to the mantra of capital discipline and sustainable production.

According to the weekly data provided by Houston-based Baker Hughes BKR, the last time that WTI crude traded at these levels, more than 850 oil rigs were operational. Now, it’s just 410, which is proof of the wariness on the part of the producers to raise production too quickly.

The Cartel to Maintain Its Commitment

Despite some downside risks associated with the Delta variant-induced demand concerns, the Oil/Energy market is on the mend with a supportive macro backdrop and robust fundamentals. Crude supplies are now at their lowest levels since January 2020, with U.S. commercial stockpiles down nearly 14% since mid-March. There is also a marked improvement in gasoline demand on the back of rebounding road and airline travel even as U.S. shale producers stick to austerity. In fact, the last four-week average for petroleum demand is 21 million barrels a day, 13.4% above the year-ago levels and the highest since March last year. This bodes well for oil prices for the remainder of 2021.

The tightening demand-supply outlook means that OPEC+ will most likely choose to boost output by the scheduled 400,000 barrels a day next month. With the Delta variant of COVID-19 seemingly under control, the group appears to be reasonably confident about the trajectory of demand, which should be enough to absorb the additional crude.

The volatile oil exploration and production companies will be the most affected by the OPEC meeting’s outcome, as their fortunes are tied to commodity price fluctuation. Energy investors will be closely tracking the S&P components, including the likes of Marathon Oil MRO, Diamondback Energy FANG, Occidental Petroleum OXY, Hess Corporation HES, Murphy Oil MUR and Zacks Rank #1 (Strong Buy) Devon Energy (DVN).