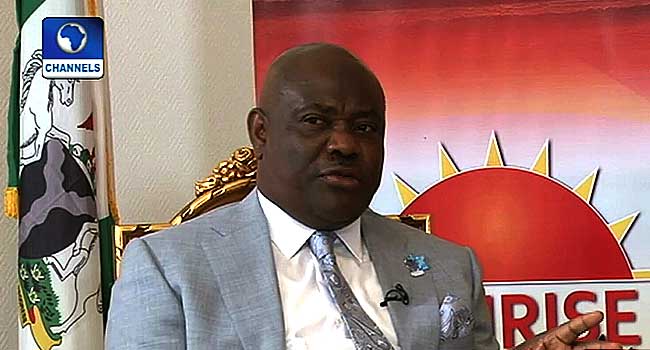 Nigeria LNG Limited (NLNG) has signed Global Memoranda of Understanding (GMoU) with host communities that enable the communities to take ownership and drive sustainable community development with the active support of NLNG.

This is even as the Rivers State Governor, Nyesom Ezenwo Wike  has commended the bold steps taken by the  company  towards strengthening relationship with the people of  Rivers State.

The Company has announced the first phase of the new agreements with the community stakeholders, comprising Ogbum-nu-Abali, Ubeta and Rumuji in Rivers State.

Under this framework, 10 clusters will ultimately be created to drive community-initiated projects through a Foundation that will have a Board of Trustees, Steering Committees, and Community Trusts. NLNG will provide funds for these clusters and also encourage them to seek additional funds from other donors to finance development initiatives in the respective communities.

Eyono Fatayi-Williams, NLNG’s General Manager, External Relations and Sustainable Development,  in her remarks during the signing ceremony, said the Company’s commitment to its vision of “being a global LNG Company, helping to build a better Nigeria” is driving its passion for sustainable relationships with its partners in the community.

She stated that the GMoU would give each community leverage over developmental projects unique to its own needs. She said further that the agreements would contribute to changing the socio-economic terrain of the communities, providing jobs, and creating a conducive business environment for small and medium-sized entrepreneurs.

“We, at NLNG, are enthusiasts of participatory sustainable development where the community takes on a leadership role to drive its growth, with the support of NLNG. Each community will identify its development needs and work out implementation through partnerships and physical oversight of projects. We intend to mentor the communities through partnerships with non-governmental agencies and international development agencies to build capacity in managing projects and sustaining outcomes.

At the commissioning, Governor Wike commended the NLNG management for taking a bold step towards strengthening its relationship with the people of Rivers State. He stated that NLNG’s presence in Port Harcourt City spoke volumes of the Company’s respect for Rivers State people. He added that the decision by Company to construct its head office in the state showed that Rivers State is safe for business.

“I am here because NLNG has shown a lot of commitment and support for the host communities and the state. The company has done well and has set an example for other companies to emulate. I am happy with what the company has done for the host communities during the construction of the building. That is what is expected. It has a very good relationship with its hosts in Bonny and in other parts of the state and I believe it will continue to enjoy a hitch-free business in the state,” Governor Wike said.

According to Attah, the Company’s Managing Director, the building and commissioning of the corporate head office, was in line with its vision of being a global LNG company, helping to build a better Nigeria.

He stated further that the Corporate Head Office has made the Company more visible, adding that the office was an unequivocal statement that NLNG remains a committed partner to the people of Rivers State in the sustainable development of the state.

“Beyond building a head office for our business, the beautification of this once remote locality was also in our hearts when we started this project. Earlier in August 2018, we had opened a part of this complex – an ultra-modern Transit Lounge – to enable a smooth and comfortable sail between our operating base on Bonny Island and the state capital.

“The construction of the facility was actually our first major step at transforming the shoreline, and since then we have intensified our usual efforts at making the creek a viable waterway for meaningful human activities. Today, we can pride ourselves, even if modestly, as a beacon of modernity in this axis of Port Harcourt. But equally important, we hope that our presence will trigger positive developments in real estate and ancillary businesses in the area.

“The commissioning of this complex is coming at such an auspicious time in the life of Nigeria LNG, a time when we have astutely proven our self as an excellent and reliable player in the global LNG market with 20 years record and still counting. Our doggedness towards achieving even more success in both the international market and the domestic energy sector has prompted the commencement of our Train 7 project which has been avidly socialized among all critical stakeholders,” he said.

He stated that one of the signs of the Company’s commitment to the people of Rivers State in the sustainable development of the state is the N120bn Bonny-Bodo Road, which NLNG is partly funding. He added that some progress has been achieved in one of the most significant CSR initiatives by any single entity in the country and that the 40-kilometre road would boost economic activities and ultimately better the lives of the thousands of Nigerians in Rivers State.

← Why Shell Is Exiting Onshore Oil Fields Completely In Nigeria  PDP: Gov Ayede Dumps PDP for APC Because Of character attributes of Buhari →