PDP: Gov Ayede Dumps PDP for APC Because Of character attributes of Buhari 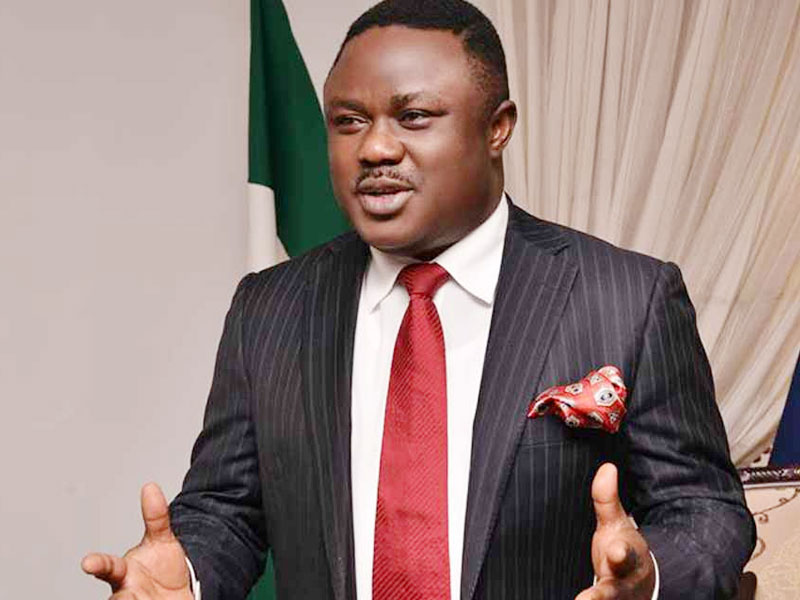 Governor Ben Ayede, has cited what he described as character attributes of President Muhammadu Buhari and the realisation that Cross River, which has been emasculated economically following the ceding of its oil wells, needed to be in sync with the party at the centre.

A statement from the Special Adviser to the governor on Media and Publicity,  Christian Ita, said Ayade formally declared for the ruling at the State Executive Council Chamber, Governor’s Office in Calabar, after a two-hour meeting with seven APC governors led by the party’s Interim Chairman and governor of Yobe State, Mai Mala Buni.

“Having seen and known President Buhari and his commitment to this country, his nationalistic disposition and all the efforts he has made to bring Nigeria to where we are today,it is obvious that, at this point, we need to join hands with him to build a Nigeria that we can be proud of.”

Before now, Ayade and his media team had severally vilified newsmen for reporting that he (Ayade) was going to leave the PDP for APC.

His decamping is, therefore, not coming as a surprise to many as his body language, loss of control of the PDP structure in Cross River State to the National Assembly members and other stakeholders and the general loss of favour in the PDP at the national level over time pointed to what might happen.

When the PDP reconciliation committee led by former Senate President, Governor Bukola Saraki, visited him two months ago, Ayade expressed his anger with the PDP and said he was sitting on the fence.

At press time, it was not clear who has joined Ayade in decamping to APC, but as the plot for his defection thickened, chairmen of all the18 local government, the vice chairmen, 196 councilors and many appointees last month, at the Millennium Square, staged a solidarity rally for the governor, saying they were ready to “swim or sink with him”.

Emmanuel Bassey, Chairman of Akpabuyo Local Government who led Ayade’s supporters said: “With this rally, we are sending a clear message that we are solidly behind the leader of the party in Cross River, Ben Ayade. We will stop at nothing to ensure we give him all that he would need to succeed. We are ready to sink or swim and possibly die with him if need be. We are telling our leader to go to sleep because his foot soldiers are on the ground. Ayade is the leader of the PDP in Cross River and whosoever plays with this fact does so at his or her own perils”.

National Publicity Secretary of the PDP, Kola Ologbondiyan, in an interview, said the governor, as a committed party member, was aware of measures put in place by the leadership of the party, the Governor Aminu Tambuwual-led PDP Governors Forum and the Saraki-led reconciliation and strategy committee to make him comfortable within the party’s fold.

“The APC should be made aware that Governor Ayade has assured our party of his unalloyed loyalty, “ the statement said.