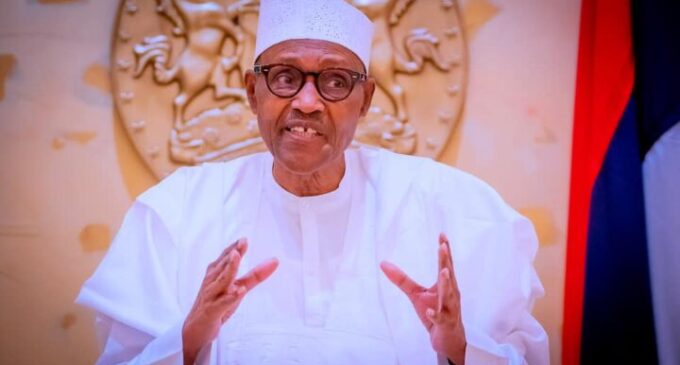 …appoints board members for agencies created by the Act

Barely one month after signing into law the Petroleum Industry Act (PIA) President Muhammadu Buhari has written to the National Assembly seeking amendment to the Act.

The President is seeking the removal of the Ministers of Petroleum Resources and Finance from the board of the agencies created under the law.

In the letter, which was read on the floors of both the Senate and the House of Representative by the senate President Ahmed Lawan and Speaker Femi Gbajabiamila, the President is seeking an amendment to the law to make for the appointment of non-Executive and Executive Directors for the agencies created by the law.

The Speaker said the letter will be referred to the appropriate committee of the House for immediate action.

In the same vein, the president has also appointed the Chairman, Chief Executive and Executive Directors into the boards of Nigerian Upstream, Midstream and Downstream Petroleum Regulatory Commissions.

The letter seeking confirmation of the nominees that was read on the floor of the Senate by its president, Ahmad Lawan, at the commencement of plenary on Tuesday, was titled ‘Appointment of the chairman, Chief Executive and Executive Directors for the Board.’

The letters addressed to the Senate President, Ahmad Lawan was dated September 16 and stamped to have been received on September 21.

For the Midstream and Downstream Regulatory Commission, Buhari appointed Idaere Gogo Ogan as the Chairman; Sarki Auwalu as the Chief Executive; Abiodun A. Adeniji as the Executive Director, Finance and Accounts, while Ogbugo Ukoha was appointed as Executive Director, Distributions Systems, Storage and Retail Infrastructure.

The letter stated that “In accordance with the provision of section 34(3) of the petroleum Industry Act 2021 hereby forward for confirmation by the Senate the under listed nominees as members of the board of the Nigerian Midstream and Downstream Petroleum Regulatory Authority.

“In order to fast track the process for the establishment of the Commission, the Distinguished Senate is kindly requested to consider and confirm the principal nominees in the usual expeditious manner,” the letter reads.

The governance segment of the PIA  sets out the institutional framework for a reformed oil and gas industry by providing the basis of governmental, regulatory and commercial participation in the sector. The Act formally segments the oil and gas sector into Upstream, Midstream and Downstream.

According to the PIA, the Upstream Industry will be overseen by the Nigerian Upstream Regulatory Commission which assumes the regulatory functions of the current Department of Petroleum Resources (DPR) and will be responsible for granting new licenses. The Act stipulates that the Midstream and Downstream segments shall be under the control of the Nigerian Midstream and Downstream Petroleum Authority. In the same vein, the PIA directs the Minister of Petroleum to incorporate a Nigerian National Petroleum Company Limited (NNPC Limited) at the Corporate Affairs Commission (‘CAC’) within six months of the PIA’s commencement. NNPC Limited is to operate on a commercial basis without government funding and must publish annual reports and audited accounts. The shares are to be held by the Ministry of Finance Incorporated and the Ministry of Petroleum Incorporated in equal proportions on behalf of the Government at the initial stage. Akin to the Saudi Arabia model, the NNPC could be transformed into a public liability company subsequently, where every Nigerian could own shares of the Company.