Nigeria recovered $700m stolen funds from UK, US, others in four years – Malami— 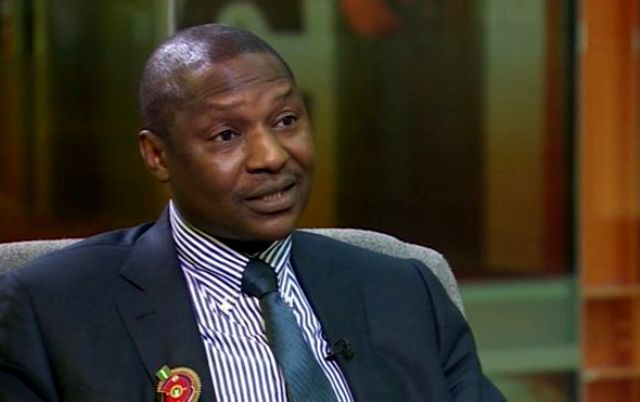 THE Attorney General of the Federation and Minister of Justice Abubakar Malami says Nigerian authorities recovered more than $700 million stolen funds from the United Kingdom, the United States and other countries in the last four years.

Malami said this on Tuesday during the International Conference on Illicit Financial Flows (IFFs) and Asset Recovery organised by the Independent Corrupt Practices and Other Related Offences Commission (ICPC) in collaboration with the AU-ABC and Coalition for Dialogue in Africa (CoDA).

The minister, who was represented by the Senior Special Adviser to the President on Justice Sector Reforms Juliet Ibekaku-Nwagwu, noted that developing countries in Africa lost over $148 billion to corruption annually partly due to IFFs.

According to International Centre for Investigative Reporting :“Nigeria, through proactive and collaborative efforts with other countries, has recovered and ensured the return of over $700 million from the United States, the United Kingdom, Bailiwick of Jersey, Switzerland, and Ireland in the past four years,” Malami said.

He explained  that Nigeria was still working with international partners to ensure that all of its identified assets were recovered, noting that IFFs had grown at 20.2 per cent annually in Africa because of weak national and regional capacity to stem the tide.

Malami further stated that the illicit movement of huge amounts of funds out of Africa had resulted in underdevelopment and insecurity across the continent.

During his address of welcome, ICPC Chairman Bolaji Owasanoye said a significant proportion of the losses suffered from IFFs were by developing countries in Africa.

Owasonaye noted that it was now paramount to stop IFFS, most especially because of the dwindling revenue of the Nigerian government, adding that they had deprived Africa of needed resources for development.

Also speaking at the conference, Minister of Foreign Affairs Geoffrey Onyeama, who was represented by the Permanent Secretary of the Ministry Gabriel Aduda, said the ministry was working assiduously to ensure the return of stolen funds and assets to Nigeria

Onyeama called on countries that were hotspots for IFFS to prevent and stop the receipt of such funds and assist in tracing, recovering and returning them.

Chairman of Human and Environmental Development Agency (HEDA) Olanrewaju Suraj said the political will of African states was important in stemming the tide of IFFs while suggesting serious and aggressive combat of the menace.

Suraj noted that some governments in Africa had shares in the big companies engaging in IFFs, thereby slowing down the progress of stopping it. He charged victim countries to challenge beneficiary countries as encouragers of IFFs

He urged law enforcement agencies, civil society organisations of victim states to collaborate with their counterparts in beneficiary states in order to achieve the right pressure

During a second plenary session at the conference, a US-based consultant on IFFs and Professor of Economics Melvin Ayogu advised governments to reduce their dependence on foreign aids and transaction costs.

Ayogu said instead of foreign aids, governments should look inwards through the development of Small and Medium Enterprises (SMEs), which would, in turn, increase its tax buoyancy.

Ayogu also said private-public partnership should be explored, especially in the areas of ICT and infrastructure.