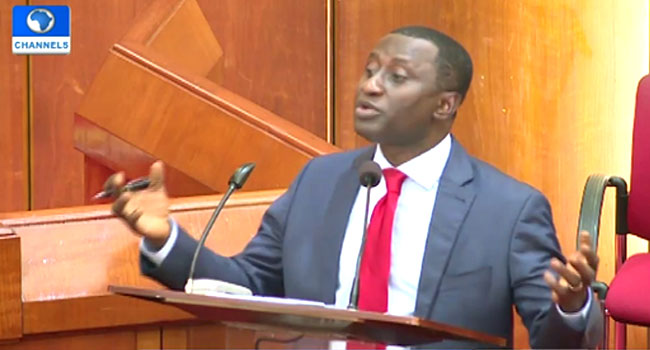 The Minister of State, Mines and Steel Development, Uchechukwu Ogah has described the privatisation process of the Delta Steel Company as faulty, stating that there are so many anomalies with the agreement entered into with the investors.

He denied the involvement of the ministry as he said it was not carried along in the process.

The minister who spoke before the House Of Representative Committee on Steel and Metallurgy during plenary on Monday, said the matter is out of the hands of the ministry and urged the lawmakers to investigate why Premium Steel and Mines Limited, which bought the assets of the Delta Steel Company, is not fully operational.

Meanwhile, a mild drama occurred when Premium Steel Company was called to make a presentation. The lawyer to the company was refused to speak as the lawmakers insisted that the Managing Director must speak instead.

Without saying a word, the Premium Steel team staged a walkout, leading to outrage among members of the Udu community where the Delta Steel Company is located. The committee resolved to summon the Managing Director of Premium Steel Company to appear on Wednesday, November 3