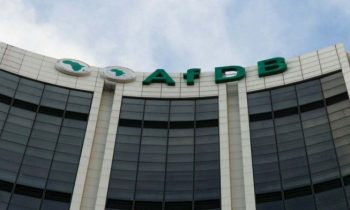 As the cries for soaring food prices heightened in the country, the President of the African Development Bank (AfDB), Dr. Akinwumi Adesina, has again reemphasized the willingness of the bank to help Nigeria towards tackling food insecurity in Nigeria.

He was very emphatical about the commitment of the institution in this respect, noting that it would support the country in its quest to eradicate hunger by 2030.

The AfDB boss made this known during a meeting with a high-level Nigerian delegation led by the Minister of Agriculture and Rural Development, Dr. Mahmood Abubak

“The bank would lend its support to the country’s food production system in five major ways captured under the headings of; Support, Scale, Systemic, Speed, and Sustainability.”

The AfDB would support Nigeria through input delivery, including highly improved seeds and fertilizers to farmers, and an integrated input delivery platform

“I want to assure President Buhari that the AfDB will provide his government with very strong support to tackle the country’s food security challenges.

He gave examples of how the bank has supported other countries like Sudan and Ethiopia, thereby leading to a geometric increase in the food production capacities of these countries.

To this end, the minister expressed confidence in the ability of the AfDB to champion positive changes in Nigeria’s agricultural sector.

“This gives me an additional measure of confidence. If you can do it in Sudan, you can equally do it in Nigeria. Not just in wheat, but also rice, maize, and soybeans,” he said.

He expressed gratitude to the bank for its numerous initiatives aimed at improving the country’s agricultural ecosystem.

Abubakar also described its new strategy as a landmark and a laudable one, saying that it will reverse the ugly trend of a sharp increase in prices of food in the country

He said: “I am pleased with the Bank’s strategy to facilitate the production of nine million metric tons of food in Nigeria, and to support us in raising self-sufficiency. The bank’s Special Agro-Processing Zones initiative is a laudable one and Nigeria is grateful,” he said.

According to him, the bank would lend its support to the country’s food production system in five major ways captured under the headings of; Support, Scale, Systemic, Speed, and Sustainability