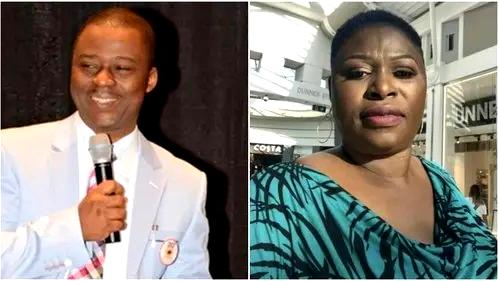 A London High Court of Justice, Queen’s Bench Division, has ordered Ms. Maureen Badejo to pay a six-figure sum of damages in Pound Sterling “immediately” to both Pastor and Mrs. Daniel Olukoya for her defamatory publications against the couple. The court gave the judgment on Oct. 22, 2021.

Pastor Olukoya is General Overseer of Mountain of Fire and Miracles Ministries (MFM).

A statement by Dr. Daniel Okukoya’s Media Office said the court also ordered Badejo to publish a summary of the judgment across nine of her social media channels for a period of 10 consecutive days as a corrective measure and as a means of ensuring that her misguided and misinformed audience get to know about the Court’s decision.

The statement, which was signed by  Collins Edomaruse, said that the court handed the orders in considered judgment in the defamation action filed by Dr. Olukoya and his wife through their Solicitor, Mrs. Shubha Nath and their Barristers – Jonathan Price Esq., against Maureen Badejo in London

Edomaruse also said that in awarding the judgment and damages, the Court said it recognised the intense, malicious and relentless campaign waged by Maureen against the Olukoyas with whom she had no previous acquaintance or even the opportunity of a chance meeting.

He added that the court also observed that the unjustified attack was widely publicized and had harmed the character, professional integrity and reputation of the Olukoyas yet Maureen had neither apologized nor shown any remorse for her actions.

It will be recalled that the court had earlier granted an order of injunction restraining Badejo from broadcasting further defamatory matters against the couple and adjourned to take evidence on the questions of defamation, damages and ancillary reliefs.

While returning all glory to God almighty for this vindication of their name and integrity, Dr. and Mrs. Olukoya wish to appreciate all those who stood by them throughout this ordeal. God bless you all.