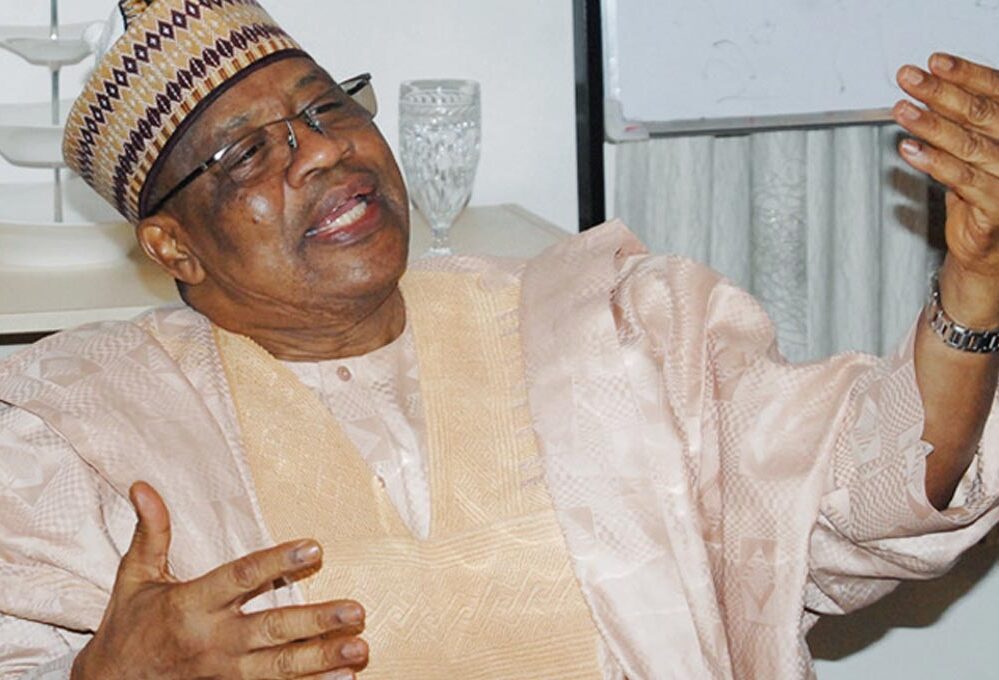 .Nigerians will resist one party state

Former Military Leader,Ibrahim Badamosi Babangida has listed seven qualities Nigeria’s next President must have in order to steer the country to greatness.

General Babangida,in an interview with Arise TV on Friday, in honour of his 80th birthday, admonished Nigerians to watch out for candidates in their sixties who understand the nation’s deepest problems.

According to the interview monitored by Business Standards, the former president listed seven qualities that an aspiring president should have.

The quality according to him, are that the person must be a good leader, a person who is well travelled across Nigeria, must be someone who has friends everywhere, must be very verse in Economics, a good Politician and should be able to talk to Nigerians.

On Twitter ban and the attempt to gag the press by the current government of Muhammadu Buhari, he said: “Government can’t intimidate Nigerians.

In his reaction, Babangida was close to saying the Buhari administration was wasting its time with actions targeted at free press and access to information.

“Nigerians are wonderful people, I always say this. You cannot intimidate them”, he said.

He strongly denied the widespread view that he muzzled the media during his regime, and said that his regime deserves credit for breaking the monopoly in the broadcast industry.

“I didn’t stifle the media. I liberalized the media. That is why today you have several private media stations.”

Reacting to his nicknames, Babangida again blamed the Fourth Estate.

“I did not call myself evil genius or Maradona, the media did,” he said.

“But I am happy with the meaning of Maradona. The definition, according to the media, is someone with deep political moves.”

Speaking on why he created two parties during his regime, he said, “Two party system is the best for the country. We used the experiences we had. We set up a committee to tell us why things went wrong. Democratically the political parties were not coming up fine. And it was very revealing. If you look at the First Republic, we found that up to after the Second Republic, everybody in this country tend to gravitate toward two party system.

“You have UPGA, you had NNA, there were a lot of other parties, but we all gravitated toward two party system. So, we had no difficulty in insisting that two party system is the best for us in this country. And it is happening even now when we have up seventy something political parties.”

“Nobody is talking about them now. It is APC, PDP. During Obasanjo time, we came up with five (parties), all gravitating toward two party. So, Nigeria can do well with two party system,” he said.

He also said that Nigerians will never allow one party system in the country.

He spoke on the choice of former President Olusegun Obasanjo to herald the new democratic dispensation in 1999.

According to him, the former president was picked because of his passionate belief in Nigeria.

He noted that whoever wants to lead Nigeria whether democratically elected or militarily imposed must believe in Nigeria, with requisite knowledge in leadership.

Speaking on corruption in the land, he said, what happened during his tenure is child’s play when compare to the present regime

He said people who worked under him are saints compared to those currently in power.

The military leader said while he moved against a former military governor who embezzled N313,000, those who stole billions are currently walking freely.

“With the current cases of corruption going on across the country, the military leaders are saints when compared to the democratic leaders.”

“You cannot compare what we did with what is on the ground now in terms of corruption. Corruption is more now. We are saints when compared to what is happening in the democratic era.

“When I was in leadership, I sacked a governor for misappropriating less than N313,000 but today, billions are being stolen and misappropriated, a lot of them are in court but still parade themselves in the streets. So tell me, who else is better at fighting corruption?”