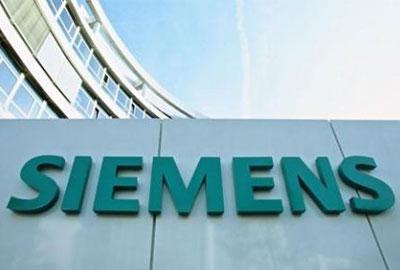 The partnership between Siemens, Nigerian Content Monitoring Board (NCDMB) and EATEI is aimed at one goal, that is, developing or building human capacity in Nigeria from the foundation in order to build a virile and sustainable economy. This is very critical at this point in the country’s development, when she solely depend on foreign goods and services with their attendant prohibitive costs.

Therefore, if the partnership succeeds and those teachers that are engaged in Experimento- STEM training are able to impact the knowledge on others who would eventually teach primary school pupils, Nigeria, in the long run, would be better for it.

The country has been struggling to diversify its economy so as to reduce her dependence on oil as its major source of revenue, but it has not been able to do so because it does not have the requisite technology to transit into other sectors of the economy.

Nigeria is a country well endowed in natural resources but lack the technical capability to harness them into more useful products and services.

“If you look back a few weeks ago, the executive secretary of the NCDMB, Simbi Wabote, was at Siemens workshop in Port Harcourt where the company has localized some of its technology. He also saw a lot of young engineers undergoing training.

He said Siemens is now doing Experimento which is aimed at training children of the ages between five and 18 and expose them to Science, Technology, Engineering, and Mathematics (STEM). This is to begin to develop their interest in Engineering, Science, Innovation and

Ultimately, it is helping to develop human capacity in Nigeria and to see how she can grow economically.

A place where Siemens has carried out Experimento before now is Lagos. In the process, it trained about 600 primary school teachers with several thousands of pupils benefiting from the training.

This is what it has started with NCDMB, and is starting from Bayelsa from where it would move to other parts of the country, because the agency has the mandate for capacity building.

Orolu said working with NCDMB would allow Siemens to ensure that the programme gets across the length and breadth of Nigeria and expose the children to Experimento.

In his own comment, the general manager, Capacity  Development, NCDMB, chukwuma Ama, said, the Nigerian Content Monitoring Board (NCDMB) has just kicked off a collaboration with Siemens  and  Empowering Africans  Through Education Initiative (EATEI)  which is to  train a select group of  primary school teachers in Bayelsa who in turn would train other teachers in the methodology of Experimento.  Through this method, teachers in Bayelsa State would understand the key concept of science and in turn, would be able to influence their pupils or students to embrace science subjects through their teachings. It would also help to enhance their technological skills.

It is a well tested and tried methodology that Siemens and it partners have practiced in other places and they found it to be very effective, the NCDMB boss said.

If the teachers are able to use the tools supplied and generate interest in students such that they want to go beyond the plan, then the scheme is successful, he said.

“What they are doing is practical science; we want to do science and engineering.”

To scale up this,he said, the NCDMB does develop in-country capacities and capabilities which would assimilate products of technology, science, and of course, to support activities relating to the oil and gas industry.

“Our 10-year strategic road map to achieve 70 percent local content in the oil and gas has always been tailored towards this. The first pillar of the road map is to build technical capability, which includes and also building human capacity.”

According to the agency,  over the years it has trained people, it has recorded a good number of man hours and resources in training people, but then, it is not yet where it wants to be.  It said it wants to be in a position where it can create things locally, do innovations locally and support the industry locally.  It’s in these places the agency said there are a lot of gaps.

Chukwuma Ama stated that a lot of people have accused the agency that the people it trained in Nigeria have not been able to clear,  solve problems nor provide solutions within the industry.

He explained that now the focus of the agency is different from what has been done previously, it is training teachers in secondary schools who in turn are training their students. The beneficiaries have been given enough high tech tools to help them design their curriculum. It is also working with a number of vocational schools to upgrade them by providing equipment, just as it is supporting research and development in the universities, and also build laboratories.

“The agency is doing quite a lot, but if the foundation is faulty, then it would do all these and still would not get the 70 percent it wants to get.”

This is the reason why when Siemens approached it for this partnership, it felt it was a right step in the right direction. “If we get our foundation right at the primary school level, if pupils understand problems and are able to solve them, it would go a long way to help develop the economy in future. For Nigeria to win or for local content to be regarded as successful, we have to out innovate our competitors and we need those kids in the next 10 to 20 years, to demonstrate their skills before we can say yes, Nigeria is a developed country.”

He stated that the agency is very desirous to do something at the primary school level. “It is so significant that we get this done, hence the current training.”

He explained that ordinarily, all the teachers in primary schools could have been called, but it would not be as effective as when the training is taken by a small group, and the small group in turn train another set of small groups, until when everybody understands fully and are able to provide solutions, which is why the agency is doing this.

Bayelsa, he said, is the best place where you see oil production activities take place to support the economy. “So if you have Bayelsans supporting oil and gas activities around Bayelsa eco system, then you are sure that local content will succeed. We are therefore doing this to ensure we get all  round success in local content development,” he said.