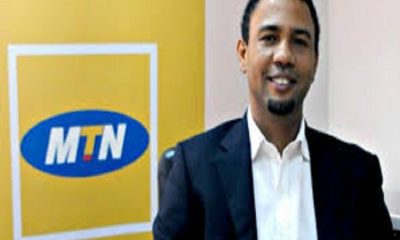 MTN Nigeria Communications plc, has said that it will invest over N600 billion in network infrastructure in the next three years to improve telecommunications services and promote long term business that will enhance economic growth of Nigeria.

Dr Ernest Ndukwe, Chairman of the company disclosed this during the company’s 20th-anniversary celebration.

According to him, the firm is committed to specifically expanding its rural connectivity to reach areas that were underserved across the country.

The chairman who stated that the company is optimistic about what the future holds for Nigeria’s digital economy, said further that they looking forward to building it together with all stakeholders, and disclosed that they are planning to connect approximately1000 rural communities to  its network this year with an additional 2000 communities in 2022.

Karl Toriola  who is the Chief Executive Officer (CEO) of the company, said
MTN Nigeria is an entity  and would continue to do things that would promote the growth of the Nigerian economy, through partnerships and long-term value business.

As part of the celebration, MTN had initially announced it would give out 20 brand new Honda cars to 20 customers, he said.

The customers, who received the keys to the new cars yesterday, were selected from among MTN customers across the country, who bought MTN SIM cards from inception in 2001 and are still with the MTN brand.

This is a response to government’s drive towards public-private partnership in the rehabilitation of critical road infrastructure in Nigeria, Toriola said

“We’ve initiated plans for the construction of a purpose-built, state-of-the-art head office in Lagos. We will also be selling down 14 percent of MTN shares to over two million Nigerian retail investors,” Toriola said.

Chief Customer Officer (CTO) at MTN Nigeria, Ugonwa Nwoye, who featured on a panel session alongside the Executive Secretary of MTN Foundation, Odunoya Sanya and the Chief Sales Officer of MTN Nigeria, said MTN decided to honour its customers because they played key roles in the 20 years journey of MTN Nigeria.

According to Odunoya Sanya in his statement, MTN sets aside one percent of its profit to fund the MTN Foundation, which has touched many lives and saved several sick people. MTN has equally supported students through its scholarship programne designed for Nigerian students across tertiary institutions of learning.”

The CTO at MTN Nigeria, Mohammed Yusuf, while fielding questions from journalists, said MTN would continue to work with state governments and state government agencies to address the issue of Right of Way (RoW) charges, to enable MTN rollout more of its services, including broadband and 5G services.

While Ugonwa Nwoye stated that:“The customer is key to us and we do not take them for granted. As our customer base increases, we also invest in our network to accommodate more customers. We support our customers to ensure that they receive quality service that will keep them active on the network during communication.”

“ MTN has established partnerships with Nigerians from all walks of life and we have sustained our customers and partners since 2001.In the area of job creation, MTN has empowered millions people directly and indirectly, which cut across MTN staff, site engineers, airtime vendors, service providers among others,” he said.

← PIA signals implementation of full deregulation of downstream sector- PPPRA How TotalEnergies Is Adding Values To Nigerians through Sustainability development. (1) →