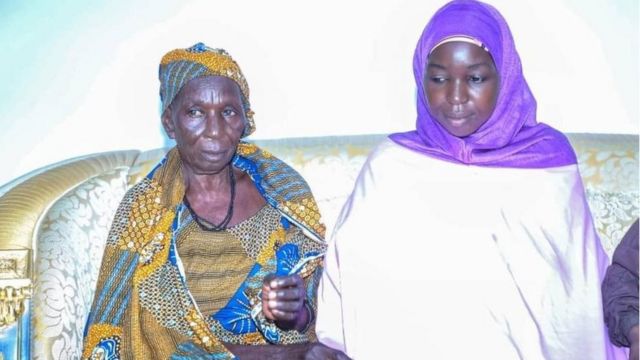 Seven years after one the Chibok girls seized by Islamist militants Boko Haram from the town of Chibok  has been freed and reunited with her family.

The girl, by name Ruth Ngladar Pogu along with a man  she was forcefully married to in captivity recently surrendered to the Nigerian military, according to officials.

The couple have two children.

More than 270 girls were abducted in Chibok, north-eastern Borno state. Over 100 of them have since been freed or managed to escape.

But the rest are still missing.

Ruth Ngladar Pogu and her children were received by the Borno state governor, the officials said.

They said she would now be undergoing a rehabilitation and reintegration programme that will focus on her health and psychological wellbeing.

Of the hundreds of girls first kidnapped, some managed to escape shortly after they were seized, while about 100 were freed in exchange for other Boko Haram militants.

Mass kidnappings remain a problem in northern Nigeria, with hundreds of pupils snatched this year alone.