Will Oil Ever Become Truly Worthless? 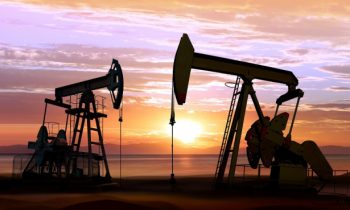 Could fossil fuels and Big Oil actually become ‘worthless’ within the next few decades, and what would this mean for the global economy? New research suggests as many as half of the world’s fossil fuel assets could become worthless by 2036 if the green energy transition goes ahead at the pace projected coming out of COP26.

If these assets lose all value, we could be facing a crash the likes of which we have not seen since the 2008 financial crisis. However, earlier adopters of renewable infrastructure and technology could profit from the new economy, supporting the creation of new job opportunities and building a new energy industry.

Governments need to plan for a potential oil and gas crash, ensuring fossil fuel energy operations meet energy needs during the transition but that the supply does not outweigh the eventual waning international demand. At the current projected rate of production, between $11 and $14 trillion could be lost in stranded assets. We could essentially be seeing an experience similar to that of the oil demand drop of April 2020, during the Covid-19 pandemic, when oil prices plummeted to minus figures. Except, in this case, demand will not rise again, meaning that oil companies and economies relying on the oil sector will experience significant economic hardship.

Bill Gates is just one of the famous voices that have predicted that investing in Big Oil would be a big mistake. The tech billionaire stated at the COP26 climate summit this month, “Some of these giants will fall. You know, 30 years from now, some of those oil companies will be worth very little”.

This prediction follows a fall in the stock prices of several oil supermajors in the past five years, including ExxonMobil, BP, and Royal Dutch Shell. Earlier this year, following a year of pandemic restrictions, ExxonMobil announced a loss of over $20 billion in the last quarter of 2020. The story is similar for many oil firms around the world, those that survived bankruptcy during the pandemic have had to fight to get back on their feet.

Earlier this year a report by think-tank Carbon Tracker stated that fossil fuel and related companies stocks lost $123 billion over the last decade, suggesting the trend, which is set to continue following COP26 and mounting pressure from international organizations to transition away from fossil fuels, has already begun. Gains in renewable energy stocks were substantially higher, with returns on renewables tripling over the last decade. A positive return on investment was seen in developed countries as well as in emerging economies, suggesting that this is a global phenomenon.

Henrik Jeppesen, author of the report explained, “Climate risk is now very much a material one that cannot be ignored, and clean energy stocks are rapidly replacing the old order as the choice investment for a transitioning world.”

If correct, the global economy could suffer as hundreds of thousands of energy jobs are lost as the world undergoes an energy transition. Those living in countries dependent on fossil fuel production for revenue and employment are understandably concerned about the shift, putting training and job creation at the center of their focus for the emerging renewable energy industry.

According to a Morgan Stanley prediction, the coal industry could disappear by as early as 2033, with developed states such as the U.K. pledging to end all coal production within the next five years. Once coal is gone, it’s only a matter of time until oil and gas follow. The question is, how much time?

Investment in clean energy is steadily rising as the eventual transition becomes an inevitability, totaling $501.3 billion in 2020, around a 9 percent increase in 2019. This figure will continue to climb year-on-year until a total shift away from fossil fuels to renewable alternatives has taken place.

But we must not overlook the fact the Big Oil has been focusing on portfolio expansion as investment in renewable energy has become a must for energy firms, meaning many international oil majors will continue widescale energy projects thanks to their expertise and investment capabilities. Several oil majors have already invested significantly in carbon capture and storage (CCS) technology as a means to make their oil output less carbon-intensive, potentially providing its production operations with a longer shelf life as governments strive for net-zero emissions. In addition, pretty much all oil supermajors have invested in renewable projects such as hydrogen, wind, solar and geothermal power. While this will allow many companies to maintain some of their value, the lack of early commitment to renewables suggests that they will not become the market leaders of the energy transition.

Big Oil is unlikely to become worthless thanks to the rapid portfolio expansion in renewables by many supermajors. However, fossil fuels have and will continue to steadily decline as investments in renewables increase. Furthermore, states and oil firms around the globe must consider the rate at which this transition will take place to avoid a worthless reserve of oil piling up as demand gradually wanes, which could ultimately lead to a global financial crisis.

By Felicity Bradstock for Oilprice.com