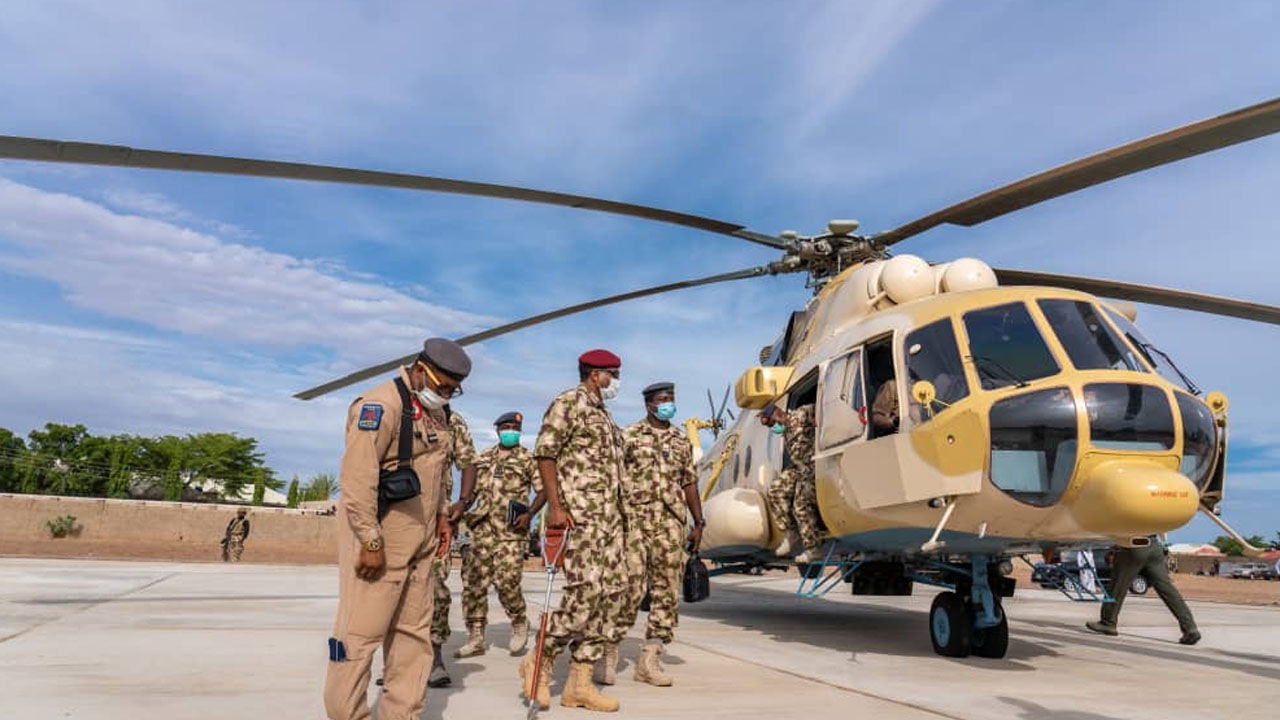 The Nigeria military on Monday advanced reasons  why it said  it would require at least  $2 billion, to fight terrorism.

According to him, he said, for a start, the military needed an annual budget of at least $2 billion to fight terrorism and other causes of insecurity in the country, many manufacturers of military equipment were insisting on full payment before beginning production, adding that the cost includes training of personnel to man certain equipment.

The military chief spoke at a public hearing organised by House of Representatives Committee on Defence on Armed Forces Support Trust Fund Establishment Bill 2021, which seeks to explore alternative sources of funding for the armed forces in addition to the annual budgetary allocations

He explained that at a time, NAF needed a Tucano aircraft for which 100 per cent payment was made in 30 days, otherwise the procurement would not have been possible.

Marshal M. A Yakubu , said no budgetary allocation would fund such procurement, hence the need for alternative sources of funding for the military to be able to meet up with its responsibility.

Chairman of the House committee, Babajimi Benson, emphasised the need for alternative and additional sources of funding for the armed forces, saying it had become more apparent, considering the myriad of security challenges facing the country.

According to Benson, only approximately nine per cent of annual budgetary allocation is available for capital expenditure as a large chunk goes for recurrent expenditure.

The lawmaker said that efforts in the past by the armed forces to procure needed military hardware and provide requisite personnel training to tackle insecurity currently being faced by the country hit brick wall due to limited financial resources, underscoring the importance of the bill.

According to the committee chairman, globally, no country adequately finances its armed forces solely through annual budgetary allocations.

“Nigeria ranks very low on global defence spending and occupies the fourth position in Africa, below Algeria, Morocco and South Africa, despite its numerous security challenges.

“In 2020, while Nigeria spent only $2.6 billion on its military, Algeria, Morocco and South Africa expended $9.7 billion, $4.8 billion and $3.1 billion to fund and equip their military,” Benson said.

The bill seeks to address many inefficiencies in the military by creating an exclusive five-year funding plan, outside the annual budgetary allocations, for revamping the nation’s armed forces through special training for personnel, provision of modern kits and defence equipment.