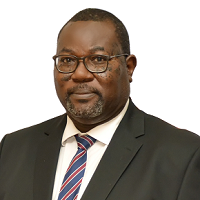 The passage of Petroleum Industry Bill (PIB) will take the oil industry to greater heights, this was the view of Adetunji Oyebanji, Managing Director of 11PLC and Chairman, Major Oil Marketers Association of Nigeria (MOMAN),

Adetunji who spoke at the  panel session for Chief Executive Officers (CEOs) at Nigeria International Petroleum Summit (NIPS),  was of the view that if the PIB is passed, hopefully, it will develop the country in significant perspectives, stating further that  many players in the industry are waiting for the bill to be passed.

He expressed regret that regulations in the industry focused more on control rather than attracting and encouraging investment that will make business grow to the benefit of the country.

He said that stakeholders are hopeful that the PIB will be passed, and that is done, it would create rooms for partnership and collaboration  in the  industry. “Not many people like to do business in a regulated environment. There will be opportunities for joint investments on optimizing logistics rather than individual company building infrastructures, it will be collaborative efforts from stakeholders.”

There are enormous opportunities that PIB presents for industry players, he said.

On the decade of gas which the Minister of State for Petroleum Resources, Timipre Sylva is championing because the country has more gas than oil. Oyebanji said it is a critical new development which will open up opportunities for the downstream. It will enhance collaboration among players in bringing gas closer to the people but there is need for a lot of investments especially at the final stage.

He advocated for Compressed Natural Gas (CNG) stations to be made available on a larger scale across the country, it is only NIPCO that has facilities in Benin where the commodity can purchased.

Oyebanji spoke on the Compressed Natural Gas (CNG) stations which only the NIPCO group has a network in Benin where the product could be purchased. He advocated for CNG stations to be made available on a larger scale across the country.

Moreover, opportunities to access finance through collaboration with the Central Bank of Nigeria (CBN) and commercial banks to encourage investment drive that advances business should be an utmost priority.