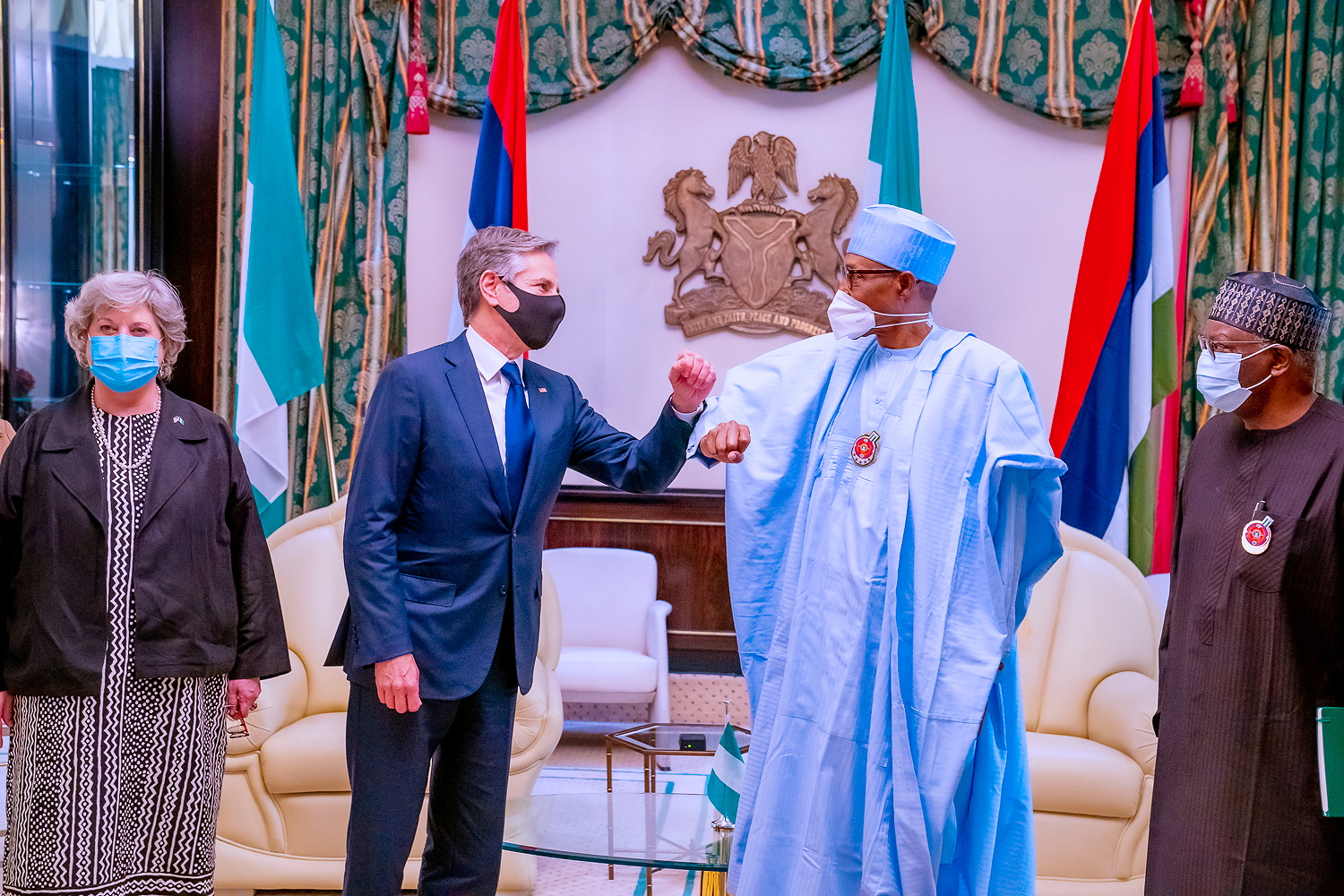 Blinken’s trip to Nigeria came days after a leaked report said the Nigerian army had fired live rounds at peaceful protesters at a toll gate in Lagos in October 2020 and described the incident as a “massacre”.

According to Reuters, Blinken said during a joint news conference with Nigerian Foreign Minister Geoffrey Onyeama that depending on the conclusions of the report, authorities should “hold accountable any of those responsible for human rights abuses, and to do that again in full transparency.”

U.S. President Joe Biden’s administration has repeatedly said advocating for human rights and working to improve democracies around the world is at the heart of its foreign policy, even though critics have said promoting human rights often takes a back seat to preserving national security priorities.

Buhari, in the first official government comment on the substance of the damning report, told Blinken that his administration would take a lead from state governments which commissioned the report.

“We at the Federal (Government) have to wait for the steps taken by the states, and we have to allow the system to work. We can’t impose ideas on them,” Buhari said in a statement after meeting with Blinken.

The U.S. State Department said Blinken and Buhari discussed Nigeria’s security challenges and noted the importance of “reinforcing the democratic principles of a free press and digital freedom, peaceful protest and dissent, as well as respect for human rights.”

The shootings ended weeks of nationwide protests against police brutality and sparked the worst civil unrest in Nigeria since the return to civilian rule in 1999.

Blinken’s three-nation Africa trip started in Kenya, where he reiterated calls for an unconditional ceasefire in the Ethiopian conflict and appealed for a return to civilian democracy in Sudan after last month’s coup.

America’s top diplomat said he had discussed support to build the capacity of Nigeria’s military but in a way that fully respects human rights. Nigeria has been battling Islamist insurgents in the northeast of the country for more than a decade.

Blinken’s trip to the region comes at a time when several crises are engulfing the continent, including the war in northern Ethiopia and Sudan’s military coup.

He said the United States was deeply concerned by the violence used by the Sudanese military against civilian protesters.

“The military must respect the rights of civilians to assemble peacefully and express their views,” said Blinken.

On Friday, Blinken will lay out in a speech the Biden administration’s policy towards Africa.