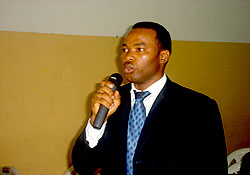 The Nigeria International Maritime Summit is set to hold a summit that will lead to creation of cluster for Nigerian Maritime Services, which does not presently exist in the country.

Emeka Akabogu, the Chief Executive Officer (CEO), Nigeria International Maritime Summit, made this known in a statement issued on Sunday in Lagos.

Akabogu said the summit, which would hold from Oct. 5 to Oct. 6, 2021, was the only ‘whole-of-value-chain’ business event for international organisations, policy makers, regulators, development organisations, operators, service providers and consumers in the industry.

He noted that most maritime countries had identifiable maritime clusters, which essentially was an aggregation of identifiable and credible service providers across the industry value chain, who could be readily called upon.

According to him, however, this requires deliberately building profiles, developing a database and ensuring that representation cuts across the industry.

The CEO said there seems to be hope for the actualisation of a Nigerian Maritime Hub which had been identified as a potential for the last 50 years.

He said this was as it comes under focus when international maritime interests converge for the maiden edition of the Nigeria International Maritime Summit (NIMS 2021) scheduled to take place in Lagos this October.

Akabogu said the country had coveted maritime hub status in the West and Central Africa sub-region for decades, not much had been done to harness the immense potential available and stimulate the required activity.

The CEO said the two-day hybrid-format event would feature a host of speakers, including  Amani Abou-Zeid, Commissioner for Infrastructure and Energy, African Union Commission.

“They include  Boss Mustapha, Secretary to the Government of the Federation; Rotimi Amaechi, Minister of Transport; Gov. Godwin Obasekie of Edo State.

“Others include Rear Adm. Francis Akpan (rtd.) and  Nneka Obianyor, Registrar of Ships, Nigerian Maritime Administration and Safety Agency (NIMASA), among others,” he said.

He said additional concerns to be addressed include Maritime Domain Awareness and Protection; Blue economy and preservation of Marine environment and Security for commercial shipping and other maritime activities.

Akabogu said the event would also highlight the country’s agenda for the African Continental Free Trade Agreement (ACFTA) with focus on the maritime component.