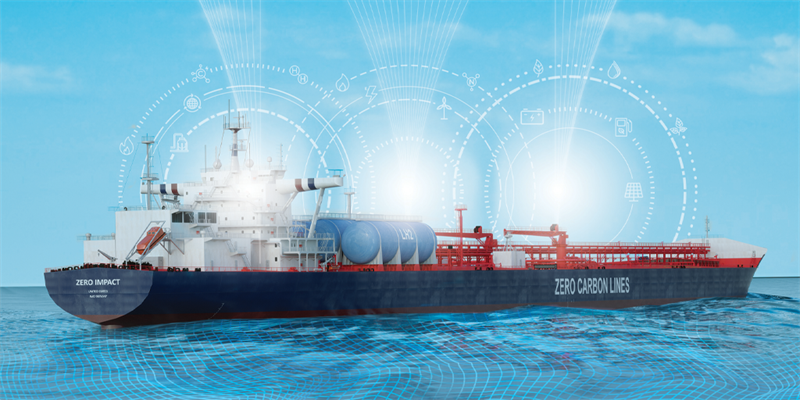 As global trend now  is towards clean energy,Shell, a major player in the oil and gas industry  is now set to carry out a feasibility study with partners to try  the use of hydrogen fuel cells for ships in Singapore, the first such move for the supermajor and the Southeast Asian city state.
If it does succeed,  the trial will pave the way for cleaner, hydrogen-powered shipping, the company said , adding that its analysis points to hydrogen with fuel cells as the zero-emissions technology that has the greatest potential to help the shipping sector hit net-zero emissions by 2050. Fuel cells can operate currently using liquefied natural gas (LNG).
The trial will involve the development and installation of an auxiliary power unit fuel cell on an existing roll-on/roll-off vessel that transports goods, vehicles and equipment on lorries between Singapore and Shell’s 500,000 barrels per day Pulau Bukom refinery on one of the city state’s outlying islands
A roll-on/roll-off (RoRo) vessel is a cargo ship designed to carry wheeled cargo such as cars, which are driven on and off the ship on their own wheels.
Shell will charter the trial ship and provide the hydrogen fuel. It is also working with Singapore shipbuilder SembCorp Marine and its unit LMG Marin, which will design the fuel cell and retrofit the vessel, owned by Singapore’s Penguin International.
The team will first carry out a feasibility study with the aim of installing the fuel cell next year and the ship will operate for a trial period of 12 months, said Shell.
“We see fuel cells and hydrogen as a promising pathway for decarbonising shipping and working with partners in this way will develop our understanding of this critical technology,” said Nick Potter, general manager of Shell shipping and maritime, Asia Pacific & Middle East.
The project “holds exciting possibilities for decarbonisation in the marine and energy industry”, said Sembcorp Marine chief executive Wong Weng Sun said.
The Maritime and Port Authority of Singapore welcomed the initiative, which it said “complements efforts in Singapore to come up with commercially viable solutions to decarbonise the industry”.
Shell in November last year outlined a 10-year plan to cut its carbon dioxide emissions in Singapore by about a third within a decade. And it outlined plans in February to cut its global net carbon intensity by 6-8% by 2023, 20% by 2030 and 45% by 2035, all compared with 2016 levels. Shell has said it wants to become a net-zero emissions energy business by 2050.
“Hydrogen is generally regarded as a new frontier in alternative fuels for shipping,” said James Tham, managing director of Penguin.
“The outcome of this trial, which is based on retrofitting a RoRo which we operate for Shell, could quickly bring many ship owners to the forefront of this alternative fuel,” he added.

← Nigeria warily eyes border after Chad leader’s death Oil and gas companies will invest more on their operations this year, as situation improves  →