Religious leaders Hint On How To End Killings 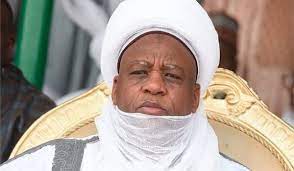 Disturbed by the ceaseless killing of innocent people in the country, religious leaders comprising the Sultan of Sokoto Muhammadu Sa’ad Abubakar III, North’s Christian elders and Catholic bishops on Thursday gave hints  on how to end rampant killings and criminality in the country.

The Sultan, who is the president of the Supreme Council for Islamic Affairs (NSCIA), said a national dialogue convened by President Muhammadu Buhari was the best option.

He urged the President to give Nigerians an opportunity to ventilate their grievances.

The Sultan spoke in Abuja at the third quarterly meeting of the Nigeria Inter-Religious Council (NIREC), which he co-chairs.

The bishops expressed their views in a communique after a conference in Enugu.

The latest killings took place in Jos, the Plateau State capital and in neighbouring Benue State where scores of people were killed.

Gunmen also breached the security of the nation’s elite military institution  – The Nigeria Defence Academy (NDA), killing two officers, injured one and abducted another one.

The Sultan said: “What is so difficult in the President leading a dialogue of everybody? Take religious, traditional, opinion and market leaders, elders – everyone that has something to say in this country.

“Why are we afraid of talking to one another? What dialogue can’t solve, definitely violent can’t stop it. We should forget religious sentiment and dialogue and tell ourselves the truth.

“If we want a country, this is the way we should go. The presidency must lead the way. If we do not have the dialogue, we are just walking in the dark. I think dialogue is the best option to solve these problems.”

The sultan is saddened by the killings in Jos, and the attack on NDA.

“We will also ask the Service Chiefs what we can do for them as religious leaders to assist them because it is not all about using the gun. They need spiritual intervention.

“I know we have been doing that in our churches and mosques, praying for peace. I do not think we have ever visited the defence headquarters.”

Decrying the rate of killings, the Sultan said: “We have gotten to the point where unknown gunmen are invading people’s homes. How can they be unknown?

“I think it is important for us to get to the root of this issue. And as religious leaders, we must tell the government the truth. We should not be afraid of saying the truth.”

The Sultan urged governors to stop instigating their people to violence.

He warned against giving criminality the colourations of religion or ethnicity.

He said: “Nigerians are worried about the state we are in our nation. It is extremely frightening.

“It is time for us to unanimously condemn this criminality without any sentiments.”

Secretary to the Government of the Federation (SGF), Boss Mustapha, said the level of insecurity calls for the deepening of political and religious collaboration.

Plateau State Governor Simon Lalong believes criminals hide under religion to cause problems in his state.

He said: “We must work hard to provide the leadership that guilds people to isolate crime from religion, ethnic or political affiliations.

“It is only when we treat criminals as criminals that we can overcome the level of insecurity we are facing in Nigeria.”

Also yesterday, the Catholic Bishops Conference of Nigeria (CBCN) said the ethnic tension and agitations were products of bad governance and injustice.

They stated this in a communiqué issued at the end of CBCN Second Plenary Meeting at the Holy Ghost Cathedral, Ogui, Enugu.

It was read by the newly-ordained Bishop of Abakaliki Diocese, Peter Nworie Chukwu, on behalf of the CBCN President and Archbishop of Benin City, Augustine Akubeze.

The communique said “We observe that the agitations and tensions are bad governance, injustice, inequity and unfairness in appointments and distribution of resources to parts of the country.

“We recognise the rights of peoples to self-determination, yet we emphasise that the exercise of such rights must be within the confines of the rule of law.

“We urge the government to ensure a just and fair trial of the arrested key players in the struggles. To mismanage these cases is to trigger off further avoidable unrest.

“We urge both government and citizens to work for a nation in which everyone and every part, irrespective of differences of tribe or religion or political affiliation, will have a sense of belonging.

“We reiterate that the struggle for the soul’ of Nigeria, that is presently ongoing, will not be won by ethnic cleansing, nepotism, kidnapping and banditry but by love, fairness and equity, common good and patriotism.”

The bishops advocated respect for the sanctity of human life and condemned rising criminality in the land, urging the government to do more to halt the situation.

In a statement by its Chairman, Ejoga Inalegwu, NOSCEF said: “There is nothing to be ashamed of now in seeking external assistance to end the insecurity…

“We urge the Federal Government to seek every aid and help from everyone needed to bring this insecurity to an end before the people begin to believe there is more than meets the eyes in the spread of the insecurity.”

The group decried the worsening insecurity in the Northwest and Northcentral states of Kaduna, Plateau, Niger, Zamfara and Katsina.

“We are shocked that the killings in Zango Kataf have continued unabated despite all the peace meetings and we have not heard of any arrests or prosecution.

“We expect the same zeal and vigour in the arrest of perpetrators of these dastardly acts against humanity as we saw when the travellers were murdered.

“When that fails, people are left in disbelief and justifiably question the sincerity or fair-mindedness on the part of the government in ensuring justice is served from those that have the responsibility to decisively deal with the situations without bias.

“We appeal to the government to take the revelations of the retired Naval Officer and muster the courage to deal with the militias in government whose identities are known before we end up like Afghanistan,” NOSCEF said.