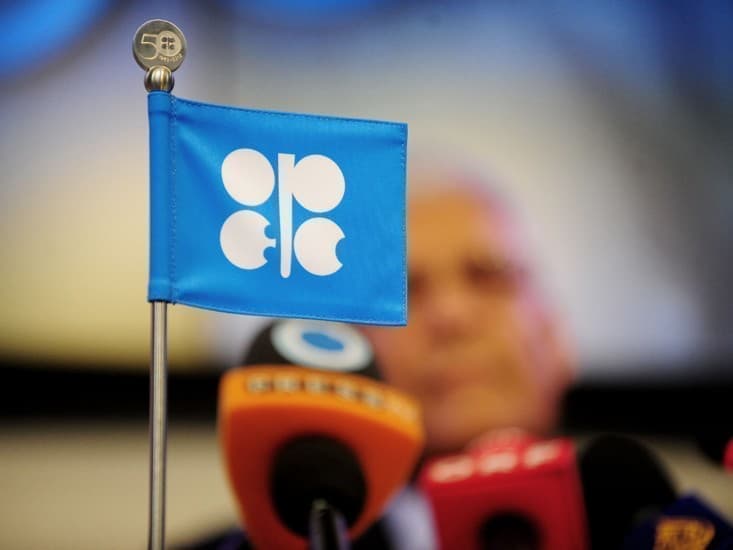 Nearly a week of formal and side talks and behind-the-scenes negotiations failed to resolve a dispute over baseline production levels at OPEC+. The discord threw the group in its most serious crisis since March 2020, when the alliance’s leaders Saudi Arabia and Russia disagreed on oil supply management with global demand crumbling in the pandemic.

Now the dispute is between two Arab Gulf allies in OPEC—the United Arab Emirates and Saudi Arabia—in what analysts see as the UAE looking to step out of the Saudi shadow in global political affairs.

The UAE is digging in its heels, making its approval of OPEC+ adding more supply to the market contingent on the group acknowledging that the UAE’s baseline for the cuts was too low and “unfair.”

The disagreement, which OPEC+ has been unable to overcome for five consecutive days, is bringing back the specter of last year’s oil price war when the alliance abandoned all deals for a month. Traders and analysts have already started to ask themselves: is this the dispute that will dissolve the production pact again? And will OPEC+ let its firm grip on oil market management slip, after being in such a favorable position this year with U.S. shale keeping production flat and not unraveling the alliance’s efforts to keep markets tight?

Third Time’s Not a Charm

Despite mediation, consultations, and side talks in the weekend – after two days of ‘no deal’ outcome of meetings – OPEC+ failed a third time on Monday, called off the OPEC+ meeting, and said it hadn’t decided yet when the next meeting would be held.

The lack of agreement overproduction for next month likely means that OPEC+ will keep, for now, their production in August flat compared with July. This immediately sent oil prices jumping to the highest in three years, considering that global oil demand is bouncing back and the market was initially expecting at least a 500,000-bpd increase from the alliance in August.

“The market began factoring in the prospect of no additional supply hike from the OPEC/non-OPEC alliance in August,” Vanda Insights said in a daily note on Tuesday.

No additional supply at a time when inventories are drawing down and demand is roaring back will likely send oil prices higher in the near term, at least until the group reaches some sort of a deal.

Oil at $85 to $90 a barrel is on the cards if OPEC+ doesn’t raise supply next month, Fereidun Fesharaki, chairman of industry consultant FGE, told Bloomberg TV in an interview. Fesharaki expects the group to reach some sort of compromise over the next one to three weeks, during which oil prices will continue to rise.

“No additional oil in August, at a time when the physical market is incredibly tight, can easily lead to prices overshooting above US$90 a barrel,” Amrita Sen, Director of Research at Energy Aspects, told Bloomberg.

The UAE-OPEC+ rift, however, now appears wider than initially thought on Thursday last week, when the first OPEC+ meeting failed to reach a consensus on oil policy going forward.

But at least for now, few analysts believe that there will be a repeat of the brief oil price war from the spring of 2020, when the OPEC+ producers pumped at will for a month and contributed to the crash in oil prices, the effects of which are still being felt in most OPEC+ economies.

Credit Suisse, in a note late on Monday, said the current impasse about raising supply in August had the ability to push Brent Crude to $80 a barrel in the near term. Early on Tuesday, Brent was trading above $77 and WTI was up above $76 a barrel.

“If Saudi and UAE are unable to resolve their differences, then it could lead to each man for himself approach and back to price wars, which is a draconian scenario for energy investors,” Credit Suisse analysts said.

OPEC+ Has Much More at Stake Than Quota Baselines

This ‘draconian scenario’, however, is one of the most unlikely outcomes of the current deadlock, according to chief investment officers of energy funds who joined a live chat on Bloomberg on Monday with Lawrence McDonald, founder of The Bear Traps Report.

“[T]here is a low probability of a destructive breakdown with a large boost in production, that’s not happening,” an energy fund CIO in Canada said.

“We see strong demand (India, Europe) with real supply risk, it is not in OPEC’s interest to blow this opportunity,” a CIO in London said, noting that oil has a shot at $90 to $100 a barrel in the next six months.

Institutional investors, therefore, don’t see the OPEC+ pact breaking up, as it would be very unwise for the alliance to be sidelined as the key oil market mover again, after working for more than a year to show it is calling the shots (and burning the shorts) in the oil market.

“We do not believe that a price-destructive “non-deal” is in the cards at this time. This is the strongest period OPEC+ has had in the market in decades and they don’t want to give that all up,” The Bear Traps Report’s McDonald notes.