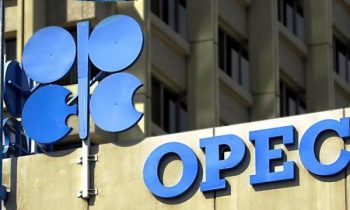 Organization of the Petroleum Exporting Countries (OPEC) on Thursday cut its world oil demand forecast for the last quarter of 2021 as high energy prices curb the recovery from COVID-19, delaying the timeline for a return to pre-pandemic levels of oil use until later in 2022.

OPEC in a monthly report also raised its supply forecast from U.S. shale producers next year, a potential headwind to the efforts of the group and its allies, known as OPEC+, to balance the market.

“A slowdown in the pace of recovery in the fourth quarter of 2021 is now assumed due to elevated energy prices,” OPEC said in the report. OPEC also cited slower-than-expected demand in China and India for the downward revision.

According to Reuters, Oil has risen to a three-year high above $86 a barrel this year as OPEC+ only gradually ramps up supplies and demand rises, boosting pump prices to the highest in years in some markets. Natural gas, power and coal prices have also soared.

Governments, companies and traders are closely monitoring the speed with which demand recovers. A slower pace could ease upward pressure on prices and bolster the view that the impact of the pandemic will curb demand for good.

OPEC now sees world consumption surpassing the 100 million bpd mark in the third quarter of 2022, three months later than forecast last month. On an annual basis according to OPEC, the world last used over 100 million bpd of oil in 2019.

The producer group stuck to its forecast that demand will rise by 4.15 million bpd next year. This will take consumption to an average of 100.6 million bpd, above the 2019 level.

Oil was little changed just below $83 a barrel after the report was released, up from an earlier decline.

The report showed OPEC output rose in October by 220,000 bpd to 27.45 million bpd with top producer Saudi Arabia providing half the increase. Four of the 13 OPEC members pumped less due to a lack of capacity.

OPEC sees output of U.S. tight oil, another term for shale, rising by 610,000 bpd in 2022, up 200,000 bpd from last month’s forecast, after a contraction this year, as higher prices prompt more investment.

Still, OPEC left its growth forecast for 2022 non-OPEC overall supply steady due to downward revisions in other producers.

With lower demand now seen, OPEC expects the world to need 28.7 million bpd from its members in 2022, down 100,000 bpd from last month but still allowing for higher OPEC production.