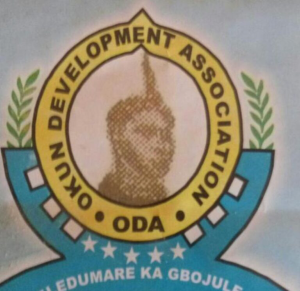 Determine to forge a common front in respect of the development of their motherland, through unity of purpose among all Okun sons and daughters worldwide, the Okun Development Association (ODA), the premier Okun advocacy organization, has announced the election of new executives for the Association in North America.

The officials represent illustrious sons and daughters who are members of ODA from the length and breadth of Okun land-based in Canada and the United States of America.

National President of ODA, Barrister Femi Mokikan announced this in a statement made available to newsmen in Lokoja weekend.

Dr. Lawrence Akin-Adeyemi, who is currently retired from an active career as a former Professor at the University of Washington, Seattle and Central Washington University, Ellensburg, Washington, was unanimously elected as its President. He had worked for public sector agencies as a Project Engineer and Senior Project Manager and Public Infrastructure Management Professional. With the interest of African immigrants in mind, he has also been a former publisher of a monthly newspaper, the African Forum News (AFN) based in Seattle, Washington.

He further stated that the importance of coming together for the benefit and development of Okunland with all hands-on deck is beyond mere mentioning.

“As Okun people, if you think you should stand by the sideline and watch, who then should lift us up?

“Let us rise together to this occasion because we can!,” he reiterated.