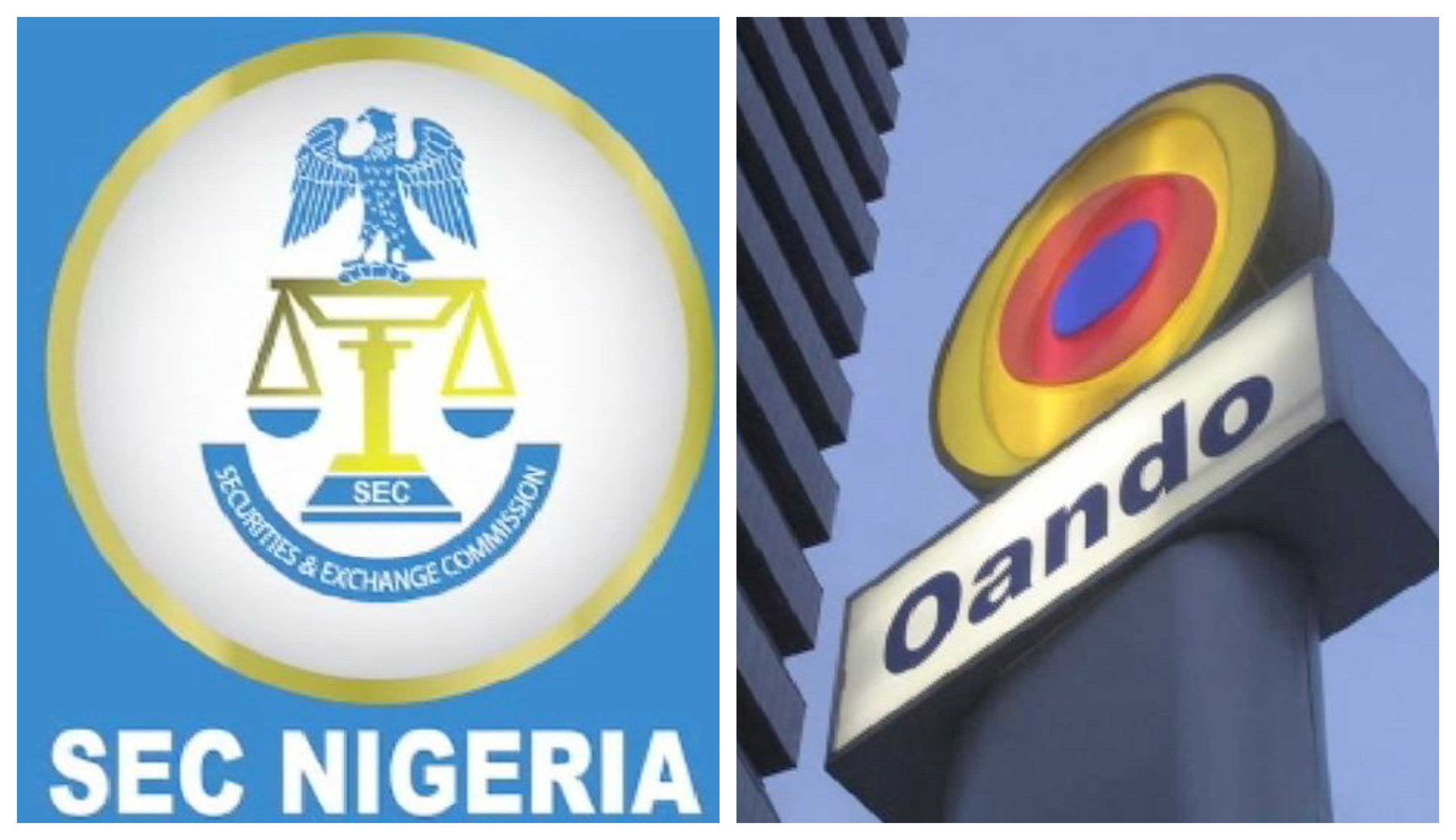 Oando Plc has finally entered into a settlement with the Securities and Exchange Commission (referred to as “SEC” or the “Commission”), of all matters subject of litigation and other issues flowing therefrom.

According to statement from Oando, it stated that both parties believe that a settlement is the most appropriate course of action and one that is in the best interest of the Company, its employees, shareholders as well as the capital market.

The statement which was signed Ayotola Jagun Company Secretary, said:“Specifically, the settlement reached by the parties seeks to prevent further market disruption and harm to Oando PLC’s shareholders.”

“As a result, Oando’s directors and management team can now fully focus on business operations whilst continuing to ensure that it is in compliance with all governing statutes.”

In the immediate, the company will be convening its 42nd Annual General Meeting (AGM) to give its shareholders the opportunity to exercise their rights to receive information as well as vote on company affairs.

It stated that this has been an extraordinary time in the life of the Company and a defining moment in its relationship with the regulator. The Company stated further, that it recognises and respects the authority of the Commission and will continue to comply with the Investments and Securities Act 2007, and the Rules and Regulations made pursuant thereto, while always acting in the best interest of all its stakeholders.

Meanwhile, the areas highlighted below are the major focus of changes that would must take place to make the settlement effective, consequently it stated it has reached agreement with the commission without accepting or denying liability, on the following term amongst others;

Immediate withdrawal of all legal actions filed by the company and all affected directors;

1. Payment of a monetary sum,

2. An undertaking by the company to implement corporate governance

3.Submission  by the  company of quarterly reports on its compliance with the  terms of Settlement Agreement; the investment and security Act2007; the  SEC Rules and Regulations; the National Code of Corporate Governance and  the SEC Guideline to the Code of  Corporate  Governance.

SEC in a similar statement said: “Pursuant to the powers conferred on the Securities and Exchange Commission by the Investments and Securities Act 2007, and the Rules and Regulations made pursuant thereto, the Commission on Thursday, July 15, 2021, entered into a Settlement with Oando Plc.

The Commission had in its letter to the Company dated May 31, 2019, gave certain directives and imposed sanctions on the Company, following investigations conducted pursuant to two petitions filed with the Commission in 2017.

The company and some of its affected directors had challenged the said directives in a series of suits commenced at the Federal High Court. However, the company subsequently approached the Commission for a settlement of the matter, and both parties have now agreed to settle in consideration of the impact that a further prolonged period of litigation would have on the company’s shareholders and the value of their investments as well as remedial measures to be put in place by the Company in enhancing its corporate governance practices and strengthening its internal control environment.

SEC reiterated its commitment to ensuring the fairness, transparency and integrity of the capital market, while upholding its mandate to protect investors.

The commission had in May 2019 suspended Oando Plc Group Chief Executive, Wale Tinubu and his deputy over corporate governance infractions. It also suspended the company’s annual general meeting.