No Increase in Price of Fuel, No Scarcity, Says Kyari 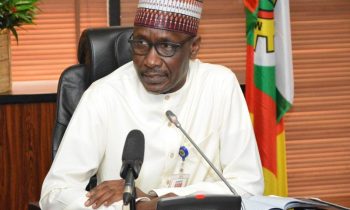 … hints on why Nigeria is demanding energy justice at COP26

The Nigerian National Petroleum Corporation (NNPC) has said there is no directive that oil marketers should migrate from the current band of N162 per litre for Premium Motor Spirit or Petrol to a higher price, thereby allaying fears of any possible price increase in the immediate future.

Mele Kyari, group managing director of NNPC made this declaration on Tuesday when he spoke virtually from Glasgow, Scotland, as chief speaker at the Association of Energy Correspondents of Nigeria NAEC 2021 Strategic International Annual Conference in Lagos .

The conference had as its theme: ‘Petroleum Industry Act: Energy Transition and the Future of Nigeria’s Oil and Gas.’

He assured of an adequate supply of petrol in the country, saying there is no basis for any queue whatsoever anywhere in the country.

The clarification became necessary as there are speculations that the Petroleum Product Marketing Company (PPMC), a subsidiary of NNPC, has increased its ex-depot price for Premium Motor Spirit (PMS), as it now charges United States dollars for its vessels as against Naira. This development according to stakeholders has led to increasing in the ex-depot price of PMS.

The ex-depot price now ranges between N153 and N162 per litre according to some stakeholders.

He said there are no hitches in petroleum products supply despite reports of resurgence of queues in some parts of the country.

Mele Kyari explained why Nigeria is demanding energy justice at the ongoing United Nations Climate Change Conference (COP26) in Glasgow, Scotland amidst the global push for the energy transition.

The NNPC boss said the company’s objective was to provide energy security for Nigeria and ensure the availability of petroleum products in the country.

He said: “As we speak now, there is speculation of fuel scarcity within the media but we have over 1.7 billion litres of Premium Motor Spirit in the country.

According to him:  “We have another 2.3 billion litres coming in so there is no shortage in supply as being speculated. Of course, there are issues about pricing at some depots but the government has no plan to revise the pricing structure.”

Kyari noted that the COP26 again highlights the challenges faced by Nigeria and other African countries in the global energy transition.

He said President Muhammadu Buhari in his speech before the world leaders had demanded for energy justice for the continent and the need to exploit the available resources as a pathway to attain the net-zero carbon objective by 2050.

The NNPC boss noted that though Africa accounted for only about three percent of the global carbon emission, the continent still had the responsibility to join the world in combating climate change.

Nigeria he said has identified its abundant gas resources as its fuel for an energy transition which informed the declaration of the Year 2021 to the Year 2030 as the Decade of Gas by the government.