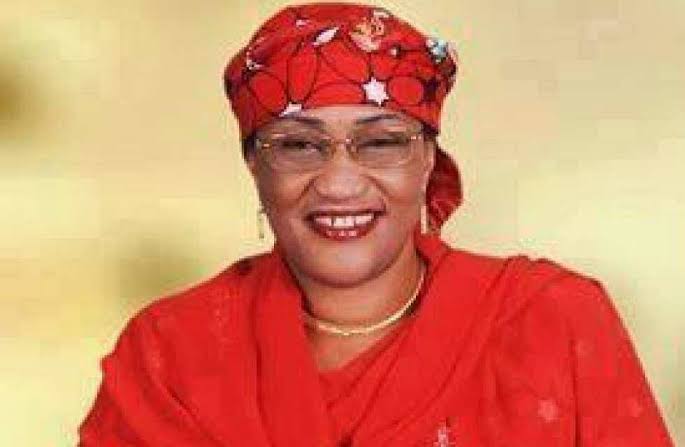 The death of a political woman activist and former minister of women affairs, Aisha Al-Hassan, popularly called Mama Taraba, in  Cairo, Egypt,  continued to  attract  comments and condolences  from prominent Nigerians, home and abroad, as they mourn her.

In his reaction to the death, President Buhari said he is deeply saddened.

“The demise of the notable politician, Aisha Jummai Al-Hassan has left many saddened. Both in-office and out of office, her concern for the education of the girl child, especially those of Government Girls Secondary School, Chibok, who were abducted by Boko Haram terrorists, shone through.

“Her death is a huge loss not only to the female gender activist community but to the country as a whole. Our condolences to her family, friends, National Assembly and government and people of Taraba State,” his spokesperson, Garba Shehu said.

Former Vice President, Atiku Abubakar wrote on his Twitter handle:  “I am grieved by the death of former Minister of Women Affairs, Sen. Aisha Alhassan. I asked about her condition this afternoon after I called her number without a response! Inna lillahi wainna Ilaihi Rajiun!,”

Senator Dino in a statement on his social media handles, said the good people keep dying while the wicked ones continue to live.

He said the deceased was his chief adviser, stating that she fought a good fight while alive.

“Anti Aisha, Man Woman, oh what a vain world. Death will take the good and leave the wicked. What a loss! You were a good woman, amiable and loving. My chief Adviser is gone. May your beautiful soul rest in peace. Your infectious smile will be planted in my head for life,” he said.

Al-Hassan served as minister in the first term of President Muhammadu Buhari but expressed loyalty to a former vice president, Atiku Abubakar, when the latter fell out with Mr Buhari.

She later left the cabinet to contest the governorship seat in her home state of Taraba.