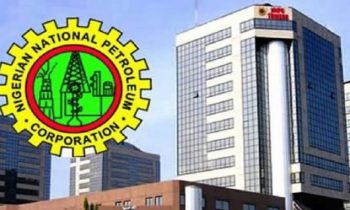 … Say it is a good development.

Across section of Nigerians have hailed the Nigerian National Petroleum Corporation for declaring N287billion as profit, the first of its type in 44 years.

They praised the efforts of the management for performing such a rare feat even in the midst of Covid19 induced economic crisis. Nigeria to them is the biggest beneficiary of such a thing as it would portray the country positively in the eyes of international investors.

President Muhammadu Buhari,who is also the Minister of Petroleum Resources, on Thursday announced a Profit after Tax of N287 billion by the Nigerian National Petroleum Corporation (NNPC) in 2020.

President Buhari in a statement issued by his Special Adviser, Media, and Publicity, Femi Adesina, made it clear that the declaration was in fulfillment of an earlier pledge by the Federal Government to publicly announce the financial position of the NNPC.

He noted that the net profit was the first in the 44-year history of the establishment.

“I am pleased to announce the declaration of Profit after Tax of Two Hundred and Eighty-Seven Billion Naira (N287 billion) in the Year 2020 by the Nigerian National Petroleum Corporation.

”This is sequel to the completion of the statutory Annual Audit exercise for the Year 2020.

“This development is consistent with this administration’s commitment to ensuring prudent management of resources and maximization of value for the Nigerian people from their natural resources.

“I have further directed the Nigerian National Petroleum Corporation to timely publish the Audited Financial statements in line with the requirements of the law and as follow up to our commitment to ensuring transparency and accountability by public institutions.

“I congratulate the Board, Management, and Staff of the Corporation and look forward to greater value creation for the Nigerian people.”

The NNPC boss, Mele Kyari had said while speaking on Nigerian Television Authority (NTA) that as at today,  that the corporation is  a company that is owed by all Nigerians. It will declare dividend to all of us at the end of the year. And the dividend would be transfer to the federation account when it becomes incorporated.

The company like any other companies, he said, would also pay taxes and royalty by the time it is fully incorporated as Limited company.

Reacting to this development, Eddy Wikina who was the former managing director of Treasure Energy Resources and also former External Affairs Manager, Shell Exploration and Production Company SNEPCO, said this   is good news which should benefit Nigerians.

“Much of the profit probably come from their monopoly of fuel imports, so Nigerians should get some benefits through continued subsidy. With such profits, NNPC should have no excuse meeting their financial obligations to their JV partners, and not default on cash-call payments.

Biodun Adesanya, managing consultant, Degeconeck said it is a good thing that NNPC is able to declare profit, stating that it is a good step towards transparency in the operation of the oil and gas industry.

Abdullahi Jimoh, a business consultant said, declaring   profit by NNPC is an indication that some good things   can still come from Nigeria and that it should be encouraged to do more.

← Going With The Flow: Water’s Role in Global Migration-World Bank OML 11:  We Have Not Given Our Consent to NPDC To Operate- Ogoni traditional Rulers →