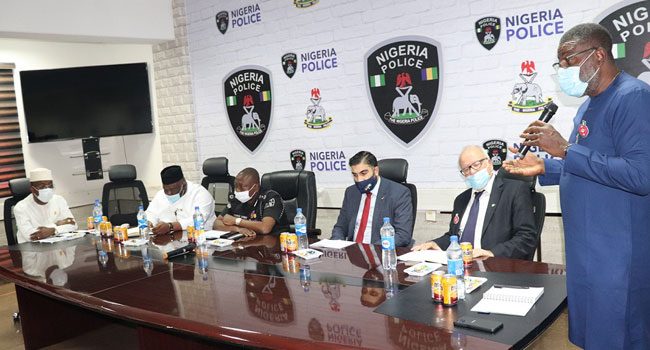 Nigeria Police Force has promised to be committed to  Human- Right Based Policing.

The organization made this promise while receiving a delegation of the German Federal Ministry of Foreign Affairs at the Force headquarters in Abuja.

In a statement signed by the Force spokesperson, Frank Mba, the IGP said the Nigeria Police is ready to cooperate with the German delegation and other development partners on creating enabling platform for general reforms of the Force to promote professionalism, human-rights-based and effective policing of the country.

“The collaboration is focused on enhancing the capacity of the Nigeria Police Force in thematic areas of training, intelligence gathering, forensic capabilities, information, and communication technology, and human,” The  rights-based policing to catalyze a result-oriented reform in key sectors of the Nigeria Police structure and bring about a paradigm shift in alignment with global best standards.”

The meeting with the German delegation was also aimed at creating, designing, and running a Police Reform programme for the Nigeria Police Force with support from the German Government through its Global Security Sector Reform Foundation (GS-F).

It is against the backdrop of the Presidential Reform Plan of President Muhammadu Buhari, GCFR through the Nigeria/German Binational Commission’s Agreement on Police Reforms.