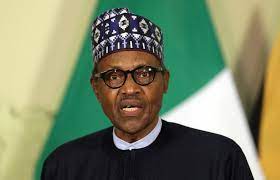 Nigeria’s parliament called on the presidency, armed forces and police to address the country’s mounting security crisis on Tuesday,with the lower house urging President Muhammadu Buhari to declare a state of emergency.

The resolutions come as a wave of violence and lawlessness sweeps across Africa’s largest economy. Security forces, including the military deployed across most of Nigeria’s states, have shown little ability to stem the tide.

“The president should immediately declare a state of emergency on security so as to fast track all measures to ensure the restoration of peace in the country,” said a resolution passed by the lower house.

In the northwest, gunmen have kidnapped more than 700 schoolchildren since December, as militants pillage communities in the region.

In the northeast, the armed forces are still struggling in a 12-year war with Boko Haram and Islamic State’s West Africa branch. On Sunday, more than 30 soldiers died in an attack, soldiers and a resident said.

“The nation is on fire,” said Smart Adeyemi, a senator in Buhari’s ruling party. “The president must rise to the occasion and bring in people to save this country or else we will be consumed. We cannot keep quiet any longer.”

According to Reuters,the senate upper house called for “massive recruitment” for the military and police and procurement of new equipment for security forces.

The senate has however resolved for its leadership to meet Buhari to discuss the insecurity, and invite Nigeria’s army chief and other commanders and intelligence chiefs to speak on the matter.

The military did not immediately respond to calls and messages seeking comment. A presidency spokesman declined to comment.

Earlier on Tuesday, Rivers state, in Nigeria’s oil-producing heartland, said it will ban people crossing its borders at night due to insecurity.

In the same vein, Members of the House of Representatives have called on President Muhammadu Buhari to immediately declare a state of emergency on security.

Considering the present situation, they believe this will ensure the fast track of all measures towards restoring peace in the country.

The call formed part of the resolutions reached at the closed-door session to discuss pressing national issues, which lasted about four hours on Tuesday at the lower chamber of the National Assembly in Abuja.

Reading the other resolutions reached at the end of the meeting, the Speaker of the House, Femi Gbajabiamila, noted that the House Security Committees were mandated to immediately commence comprehensive audit of all military and paramilitary assets and arms and revert back within four weeks.

The lawmakers condemned the attacks on security personnel and formations and parts of the country and sympatised with their families, as well as the families and communities that have been victims of banditry, terrorism, and criminal acts

They reiterated their commitment to the security and corporate existence of Nigeria and vowed to accelerate engagements with stakeholders on a special security summit to be organised by the House.

The House also resolved to urgently invite the National Security Adviser, service chiefs, and heads of various paramilitary agencies, as well as the Managing Director of Nigerian COMSAT to brief the lawmakers on the security situation in the country.

As part of measures to curb the spate of violence, the judiciary was asked to accelerate the prosecution of those awaiting trial for banditry, terrorism, and other criminal activities.

Similarly, the lawmakers called for the provision of relief to all communities that have been adversely affected by recent attacks across the country.

They also asked the President to ensure financial autonomy to local government councils to guarantee their functionality to serve the local populace.

The lawmakers called on the Federal Government to ensure the protection of national Infrastructure assets, particularly the Shiroro and Kainji Dams in Niger State.

According to them, the number of personnel in the police and military falls far short of the required number to effectively secure the country and immediate recruitment it required.

Meanwhile some members of APC led by one of the founding fathers of the party and former governor of Osun State, Bisi Akande  on Tuesday visited President Muhammadu Buhari , over the issue of insecurity in the country.

According to Bola Tinubu,  National Leader of the All Progressive Congress (APC), who spoke to the press after visiting the President,he said, the security situation of the country requires serious evaluation and management.

According to him, the Buhari’s administrations needs the cooperation and understanding of Nigerians at this time.

“There is no president or leader that will want his nation fractured in tribalism, religious differences, and others; and it calls for serious management and serious evaluation and dialogue once in a while,” he said.

To him, the best way out of the national crisis, which is not exclusive to Nigeria, is cooperation and unity.

He denied sharing an unhealthy relationship with President Buhari and gave the assurance that the President would vacate office at the expiration of his tenure in 2023.

“Every nation will go through these curves and difficult times, and how we communicate it to the people, what are the areas to help make it easier for people to bear; those ideas have to be entrenched with the leadership of the country,” Tinubu added.

Also the Borno State Governor, Babagana Zulum, was at Aso Villa to see the President over security situation  in his  state.

Governor Zulum condemned the growing spate of attacks across the country, particularly in the renewed activities of terrorists in the North East.

According to him, there is a need for greater support from the Presidency to surmount the insurgency crisis that has left thousands killed and millions displaced in the troubled zone.

The governor also decried that the military has yet to receive the equipment ordered, noting that this might be responsible for the deteriorating security situation in Nigeria.