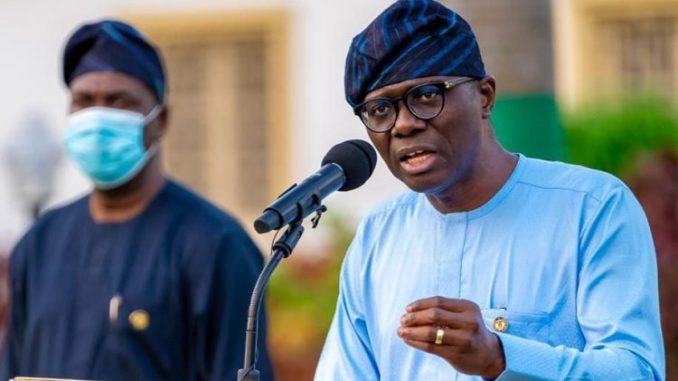 Lagos State Governor, Babajide Sanwo-Olu, has revealed that the rail projects embarked upon by the state government will gulp over ₦100 billion.

He said this is a lot of money.“It is well over N100 billion,”  while reacting to the cost of the rail projects being  constructed by the state government stating that  It is largely government funding  through creative financing.
The Governor disclosed this during an interview on Sunday Politics, a political programme which aired on Channels Television on Sunday. According to him, the project has moved from 55 per cent physical construction completion of  of phase 1 of the project where it was when his administration came to about 93% completion.
“I don’t criticise my predecessors but indeed for whatever planning or reasons, he never funded it
The governor also accused the administration of the Peoples Democratic Party (PDP) didn’t give the state government the right of way for the construction of the light rail.
Speaking further, Governor Sanwo-Olu said residents of the state should expect the rail project delivered by the last quarter of 2022.
He also spoke on water transportation in the nation’s commercial capital, noting that his administration has targeted a daily movement of 70,000 passengers.
Sanwo-Olu’s remarks come three days after he flagged off the ‘red line’ rail project which, when completed, has the capacity to commute at least one million persons daily.
During the ground-breaking ceremony for the construction, the governor explained that the 37-km Rail Mass Transit will traverse from Agbado to Marina, noting that it would become operational by the last quarter of 2022.
“Since efficient transportation is the backbone of any economy, we are happy to be committing this investment in our transport infrastructure, so that our people can meet their daily targets and aspirations,” the governor said during the event held at the proposed site of the Ikeja Train Station.
“This all-important transport project we are all gathered to witness today represents a major step in this direction.”

← PDP wants DSS to investigate Minister over alleged compromise of NIN registration, others OPEC and the IEA see bullish oil demand this year. Here’s why they’re spot on →