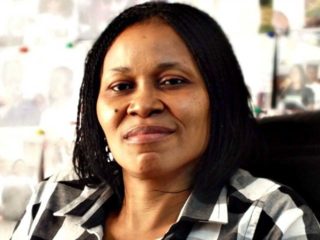 Okei-Odumakin, President, Women Arise for Change Initiative, made the remark in an interview with the News Agency of Nigeria (NAN) on Wednesday in Lagos.

She noted that the most important way out of a one party system or political dominance was mass political education of the citizens.

She stressed the need to engage traditional rulers, democratic institutions, political class, Civil Society Organisations and other stakeholders on how to get it right.

“The most important way out of this is mass political education of the citizens, and the entrenchment of an independent electoral process, that guarantees fairness and transparency.

“Also, citizens’ right to choose must be respected at all times and this is the only way to prevent political dominance by one political party under a democracy,” the campaigner added .

She also spoke on the implications of one-party system in a state against the backdrop of the recently held local government elections in Lagos.

Okei-Odumakin explained that one of the major setbacks for local government system in Nigeria, was the absence of competition.

This, she noted, was occasioned by the absolute control of the electoral process into local government positions by the various state governments.

According to her, one party system gives birth to undemocratic government which becomes dictatorial and gives no choice to voters to elect candidates from other politcal parties and ideological tendencies.

She further added that one party system gives the tendency for elected officials of government to become dictatorial and no room is given for the existence of an opposition party.

“For that reason, even if the only ruling party goes on a wrong tangent, it cannot be criticised. It is also a breeding ground for corruption, and does not in anyway promote democracy.

“One of the attributes of a true democracy is the ability of political parties to participate and occupy public positions in government
through elections.

“But in a situation where such attribute is denied and people do not have right to different choices, that can longer be referred to as a democracy.

“One of the major setbacks for our local government system in Nigeria is the absence of competition, which is occasioned by the absolute control of the electoral process into local government positions, by the various state governments.

“Conduct of local government elections in Nigeria, has become such a shameful issue as political parties that are incumbent in states, turn out to win all positions available during elections,” she said.

Okei-Odumakin opined that to return to a genuine multiparty democracy and put an end to a drift towards a one party state, the people must demand that elections are conducted by truly independent electoral bodies.

Also, they must be allowed to elect their leaders, without any form of manipulation and intimidation.

” This leads to the kind of apathy witnessed during the last local government election in Lagos State,” she said. (NAN)

← IFC, NGX Give Nigerian Businesses thump up Over Gender Equality, Say There Is Room For Improvement Bitrus Nabasu Assumes Office As Permanent Secretary, Ministry of Communications and Digital Economy. →