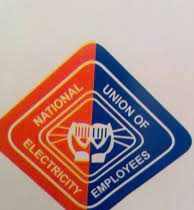 … say he has no business in the electricity industry

Stakeholders in the power sector have said that the Federal Government wasted time before removing  the former  minister of Power, Saleh Mamman, stating however  that with his  removal it is expected that there would be some level of sanity in the sector and the industry would be free of unnecessary political interference in the way things are handled.

Stakeholders that spoke to Business Standards said his removal was late in coming, adding that he had no business in the power sector in the first place.

Some of them said they believe that projects that have been stagnant may now move on. As matter of fact, they alleged that he was one of the stumbling blocks that have refused to allow the Presidential Power Initiative (PPI) being handled by Siemens Energy from moving as fast as it should.

He was alleged also, to have dabbled into the murky waters of politics of the power industry by sacking some of the best hands and replaced them with his cronies that are far far less qualified, especially in Transmission Company of Nigeria (TCN), while a few people in other parastatals under his ministry were frustrated out.

Electricity supply, in the country remains erratic, with daily power load-shedding lasting several days in most places in the country.

He was alleged to have instigated the removal of Usman Mohammed, the former managing director of TCN because he allegedly informed the presidency that Mohammed would not allow the power programme of this administration to be achieved. This is simply because he could not align his operational views with that of the former TCN boss who believes that local engineers should be encouraged to handle works in the industry to enhance the local content policy of the government.

He removed Marilyn Amobi, former managing director of the Nigerian Bulk Electricity Trading Company (NBET) for alleged financial mismanagement, disrespect for due process, and contract fraud on the top of the list. Marilyn Amobi was returned back to her position before she was eventually sacked.

He had issues with the management of the Rural Electrification Agency (REA).

The contract that was awarded to Siemens Energy has been moving at a very slow pace because by the minister refused to do the needful.

By Now according to sources in the ministry and Presidency, works on phase one of PPI, that is, Engineering Works would have gone far so that by the time it is election time in 2023, the APC government would have been able to beat its chest and show case what it has been able to achieve in the power sector. But the political intrigues that minister and his team allegedly deployed to the industry has strangulated the project and made Siemens Energy officials, the company to execute the project to be roaming around the corridor of the ministry every day without achieving anything tangible.

Some of the ministry officials said the initial enthusiasm they had when he came, faded away in no time when the realized his style of leadership was at variance with his predecessors and that with that style they knew he would not achieve much.

One ministry official told Business Standards that some of the projects he met on ground may now move forward and perhaps Nigerians would begin to witness some positive signs in the sector.

For the two years he spent, he never visited major power installations in the country to interact with operators to know their challenges so that they can all sit down and find solutions to some of them.

Most critical stakeholders in the industry alleged the former minister never met with them for anything.

Joe Ajero, Secretary-General of the National Union of Electricity Employees (NUEE ) described the coming of the minister to the industry as a disaster and the greatest disservice ever done to the power sector.

He said: “When he came to the sector we wrote to congratulate him and assured him that we are ready to work with him. But he came and dabbles into the politics of the power sector, he went to TCN and removed the best hands and replaces them with less capable hands.”

Kunle Kola Olubiyo, President, Nigeria Consumer Protection Network said the action of President Muhammadu Buhari in dropping of the Ministers and Members of Cabinet  for non performance is quite commendable..

He said it was a case of a lame duck, lackadaisical and laissez faire attitude towards serious National Policies issues that affects the president’s Economic Sustainability Strategic Programme  .

The President action is no doubt in order their tenure could be described as the height of ” I don’t care attitude.”

We have never seen this level of   unprecedented nonchalant attitude by Privileged Elites in highly esteemed positions of authorities.

The decision by  President  Muhammadu  Buhari to “rejig his cabinet is a right step in the right direction and it is our desires and hope that Mr. President Muhammadu will do a full  circles  re-shufflement of his cabinet  in  days to come in order to inject fresh energy, fresh blood and provide the much needed impetus  for re- calibration , total overhaul  and Rejigging of his Cabinet.