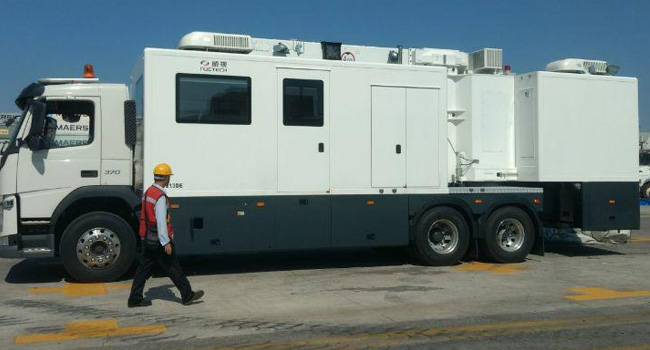 The scanning truck arrived in the Apapa area of the state on Monday and was received by the Area Controller, Comptroller Abdullahi Musa.

According to a statement, the move is a “positive milestone in the service efforts to modernise Customs operations at the port, smooth ease of doing business, facilitate trade and enhance security with easier detection of all prohibited imports.”

While receiving the machines, Abdullahi said trained officers on scanning operations will undergo a refresher training to update them on the latest technology.

He thanked the Comptroller General of Customs, Colonel Hameed Ali (retired) for prioritising the command in the delivery.

The Tincan Island Port Command is the second command to receive the scanner after Onne port, Rivers State.

The scanner, a product of Nuctech, with model number MT1213DE was imported from Shanghai in China.