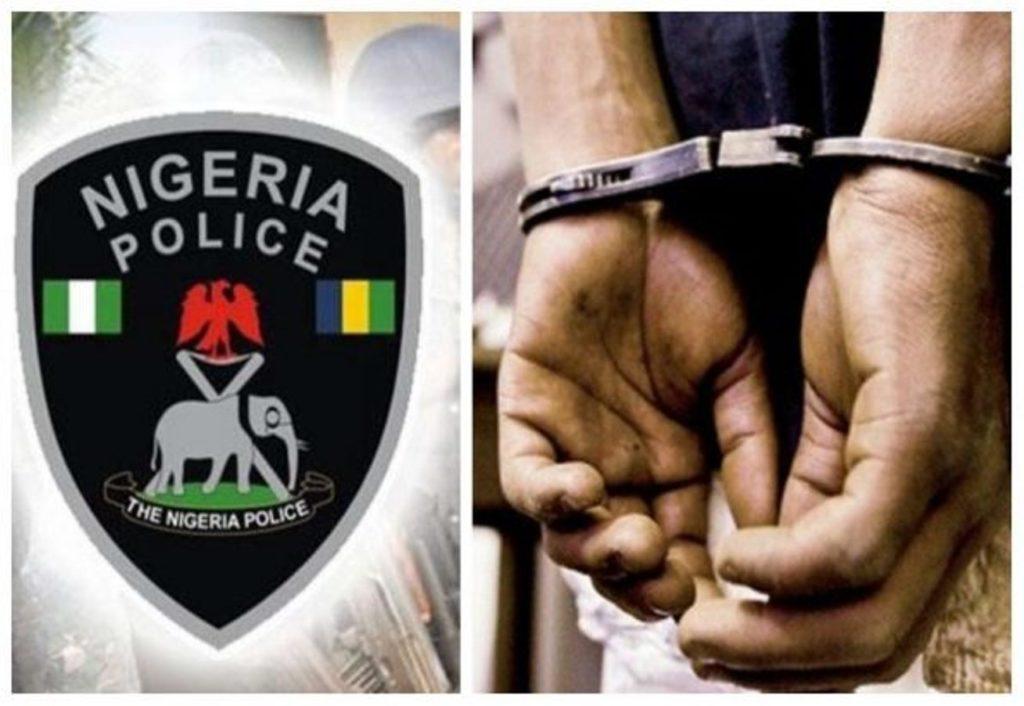 The Police Command in Akwa Ibom has arrested three suspected armed robbers linked to  the killing of two police officers, a private security officer and a little boy at Tranquility Hotel in Nung Oku, Uyo.

The suspects, who  were alleged to be specialists in destroying ATM machines, were arrested on July 10  by operatives of the Anti-robbery Squad through intelligence.

The Police Public Relations Officer (PPRO) of the command, SP Odiko Macdon, disclosed this at a news  conference in Uyo on Friday.

Macdon said that  the suspects were traced  to and arrested at Tantalizer Fast Food ,along Abak Road, while attempting to destroy another ATM machine.

The PPRO said the  the suspects had confessed to their involvement in the killings of the three persons and various  ATM bank frauds where they stole no less than N26million as well as being involved in other crimes.

“On July 10 at about 9:53 a.m., there was  a tip-off that  some unknown hoodlums had  used a welding machine to maliciously destroy  the Automated Teller Machine (ATM) of the  Oliver Twist  branch of Access Bank situated  along Brook Street, Uyo, and carted away the sum of N8million.

“Operatives of Anti-robbery Squad of the command traced the hoodlums to Tantalizer Fast Food situated along Abak Road, Uyo, where they were arrested  while  attempting to destroy another ATM.

“During interrogation,  the suspects confessed to have been involved in the destruction of the Access Bank ATM and robbed the bank  of N8 million.

“They also confessed to be responsible for the destruction of the  Union Bank ATM and the stealing of N11 million at the College of Education, Afaha Nsit, as well as the  robbery at Ikot Ekpene where they stole N7million.”

He  said  that the suspects also owned up to the  attack on Jean Juliet Supermarket at Ikot Ekpene Road, where they killed a little boy.

He said that the suspects admitted that they  were also responsible for  the attack on Metropolitan Supermarket at Oron Road,  the robbery at E-Plus mates at Atiku Abubakar Avenue, Uyo,  and the  murder of two policemen at Tranquility Hotel, Nung Oku.

“They were responsible for robbing  Maya Restaurant at Two lanes where a private security man was killed and the  robbery that took place  at R&R Supermarket  and the attack on a  Sienna  bus at Nwaniba, Uyo,” Macdon said.

The police spokesman also said that five car robbery suspects who specialised in armed robbery and car snatching were  arrested by operatives of the Anti-robbery Squad.

Macdon said that the suspects were apprehended on July 18 at 1:00 p.m.

He said that the items recovered from them include; four locally-made pistols, four expended cartridges, one empty shell of AK-47 ammunition and a red Toyota Sienna car with registration number:  The PPRO said  that   the command would arraign all the suspects  in court after  they would  have concluded their  investigations.

← Husband, Wife, Mother in-law Convicted For 60 Years Imprisonment Over Theft You must give back to Society, Buhari Tells Contractors →