You are a lier, Kwara lawmakers tell Information Minister 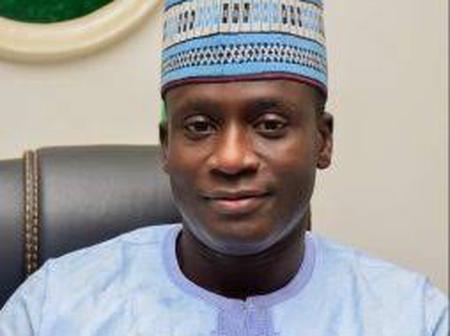 Twenty four members of the Kwara State House of Assembly have described as baseless and unfounded a claim by the Minister of Information and Culture, Lai Mohammed that he funded the election campaign of members of the Ninth Legislature in the state.

The members declared that only individual who could claim offering the members massive support during the election was Governor Abdulrahman Abdulrazaq who was the APC governorship candidate at the time.

Yakubu Danladi-Salihu, the Speaker of the House, who addressed a press conference yesterday to clarify what the Minister said in Ilorin the state capital reiterated that the Lai did not in any form, support the then APC House of Assembly candidates during the campaigns and election.

Danladi-Salihu, spoke through the Deputy Speaker of the House,  Raphael Olanrewaju Adetiba, a member representing Oke-Ero Constituency, he explained that Mohammed was no where to be found at every point of the campaigns and election that produced the Ninth Legislature hence his claim to have personally funded their election is farther from the truth.

“We ordinarily should have ignored the Minister and took it as another lie from Lai Mohammed but for the unsuspecting members of the public and posterity, the record needs to be set straight.

“Lai Mohammed did not give any support in any form to members of the 9th legislature during the campaign and election; if he did, he should name who and what he gave out. Could the Minister be mixing things up on account of his old age?.

“For God knows reason, Lai Mohammed did not participate in any of our campaigns and did not also contribute financially to it. It was the then Governorship candidate of our party, the APC, who supported our campaigns all through.

“The other support was the sum of N500,000 each that we received from the national headquarters of our party, APC. Other than that, so, it was the Governor who funded our expenses including logistics, souvenirs, posters and other campaign materials. Even so, at no time did the Governor go about telling anyone that he funded our campaign”

The lawmakers, however, advised the Minister not to drag them into any fuss he may be having with the Governor and leader of the part in the state, and implored Lai Mohammed to please count us out of the problem or squabble he may have with the Governor and focus on his assignment as a Minister.

The minister had on Saturday in Ilorin at the commissioning of the party’s Secretariat in the state claimed that he singlehandedly, through family and friends  raised all the funds for the

prosecution of the elections in the state, including the House of Representatives by-election for Irepodun/Ekiti/ Oke-Ero  constituency which preceded the 2019 general elections.

“I singlehandedly with the support of friends and family raised all the monies for the Oke-Ero/Isin/Ekiti/Irepodun Federal Constituency by-election of November 2019 that brought Hon. Tunji Olawuyi to the House of Representatives” the Minister said.