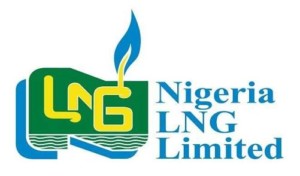 More clarifications have been made as to why the Nigeria Liquefied Natural Gas Limited (NLNG) has decided to salvage the Liquefied Petroleum Gas (Cooking gas) Market in the country.

The NLNG has over time been supplying the market with Butane but this is the first time it is introducing propane.

According to a highly placed source in the company, he said, the decision to go local would not affect the net bottom line of the company, but the company’s action was to fulfill the commitment it has made over the years to help deepen the LPG market. And this is coming at a time the market is facing some challenges.

The LPG market has been bedeviled by ill-informed government policies and regulations which shut up the price of the commodity and almost made it not affordable by majority of Nigerians.

An operator and chief executive officer of Gas Terminally, Felix Ekunday, said: “There is not much significance for Butane/LPG from NLNG as most of its volumes were already directed to the Nigerian market. But for Propane this is new.”

The government in its drive to raise revenue by all means decided to slam 7.5% Value added Tax and 5% percent which were never charged before now.

In addition to this, was the ever-increasing foreign exchange  that worsen the market situation.

About 60 percent of the LPG consumed in the country is imported while 40 percent is sourced locally. So when President Muhammadu Buhari’s government decided to place VAT and import charges on the commodity, and even backdated them with arrears to be paid by importers, the commodity became scarce and costly.

The decision of the previous administrations not to include those charges was informed by the fact that they want to improve market penetrations of LPG and also encourage Nigerians to embrace its usage.

But   with the announcement by the NLNG  that I its board of directors has approved the supply of 100% of the company’s LPG production (Propane & Butane) to the Nigerian market the country would get a big relief.

Consequently, NLNG will prioritize the domestic market for 100% of its Butane production, otherwise known as cooking gas.

“The milestone is coming just three months after the Company supplied its first Propane cargo into the domestic market and has developed a scheme to sustainably supply Propane for usage in cooking gas blending as well as in agro-allied, autogas, power, and petrochemical sectors of the Nigerian economy to further deepen gas utilisation in Nigeria.”

“These initiatives are designed to increase LPG availability in Nigeria, diversifying its uses and support the Federal Government’s Decade of Gas initiative. NLNG is currently the highest single supplier of LPG into the domestic market, with an estimated 400,000 metric tonnes supplied in 2021.”

Dr. Philip Mshelbila, managing director and Chief Executive Officer of NLNG, while speaking on the development, said the announcement marked the Company’s strong commitment to the continued growth of the domestic LPG market and its passion to increase utilisation of one of the most versatile energy sources in the world.

He said the Company was inclined towards helping to build a strong economy based on the gas resources that Nigeria is abundantly blessed with, and that natural gas could help drive the economy by providing cooking gas for homes, supporting industrialisation, powering mobile cell sites and complex transportation systems, impacting food supply through its usage for fertilizer production and increasing power supply to both homes and industries while reducing the country’s carbon footprint.

According to Mshelbila, “Gas, as the cleanest of the fossil fuels, has become an essential energy source to be reckoned with during this energy transition period. Other countries are revolutionising their energy industry to cut down on carbon emissions drastically. Nigeria should not be left out in this drive, considering its abundant gas resources. Gas is essential for life and living at the moment, because it can support everything we will need to develop our economy and create better living standards for Nigerians. We need to change the narrative, and NLNG is being pragmatic about it.

“We are ardently following up on the commitment we made in March 2021 at the NLNG-sponsored pre-summit conference of the Nigeria International Petroleum Summit (NIPS) 2021 organised by the Federal Ministry of Petroleum Resources to support the Decade of Gas declaration by the Federal Government. We are driven by our vision to remain a globally competitive LNG company helping to build a better Nigeria and are making a reality of our collective dreams that one day we can switch all cooking fuels to gas, and power our vehicles with gas as encapsulated in the government’s National Gas Expansion Program and the Autogas Policy,” he said.

“Committing 100% of our LPG supply is a major milestone in our journey of domestic gas supply. We supplied our first Butane (LPG) cargo into the domestic market in 2007, which helped to develop over the years the LPG industry in Nigeria from less than 50,000 tonnes to over 1 Million tonnes market size annually by the end of 2020. In 2021, we increased our LPG supply commitment from 350,000 metric tonnes (or 28 million 12.5kg cylinders) to actual delivery of 400,000 metric tonnes (or 32 million 12.5kg cylinders) thereby directing most of our production into the domestic market. But this was not enough for NLNG, hence this commitment to do all that we possibly can and supply 100% of our LPG production to the domestic market,” Dr. Mshelbila added.

←  NNPC Plans To Be Most Profitable, Capitalised And Largest Company In Africa Oil Continues To Rally On Supply Tightness, Brent At More Than 3-year high →