Warri, Kaduna Refineries Rehabilitation To Gulp $1.484bn, As FEC Signs On The Contracts 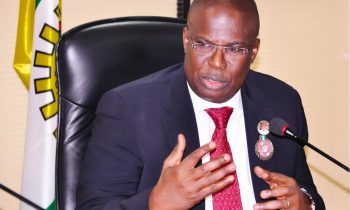 According to the minister of state for petroleum, Timipere Sylva, the completion of the rehabilitations of the refineries is going to be in three phases.  Phase one would be completed within 21 months, phase two 23 months and the last phase would be completed in 33months.

Given  a breakdown of the amounts that would go to each  of the refineries while briefing news men at the State House  on Wednesday, after the Federal Executive  Council  meeting, the minister stated that  the contract for Warri Refinery and Petrochemical  Company  will cost $ 897,678 , 800.While the  amount  that would go  to the rehabilitation of Kaduna  Refinery is put at  $586 ,902,256

The contracts were awarded to Saipem SPA, and SAIPEM Contracting Limited.

He said works have already commenced in Port Harcourt Refinery with the first 15 percent of the contract sum given to the contractor handling the project.

The contract according to him have mobilized to site just as it was discussed in the council the need for periodic update on the work going at the refineries.

Revamping of the strategic assets are so critical to Nigeria’s plan to meet its domestic fuel obligation in the country. The country currently import all her Premium Motor Spirit or petrol needs.

The rehabilitation of the three Refineries’ according to Mele Kyari, Group Managing Director of the Nigerian National Petroleum Corporation (NNPC) would be completed and would start production almost at the same time.

According to him, the funds to be used  for the rehabilitation works would not  come  from the  federal  Government, but instead, NNPC will instead secure bank loans and repay them through the facilities’ cash flows.

The same process will be applied to secure the purchase of a 20pc stake in the 600,000 b/d Dangote refinery. Lenders are evaluating investment in this facility, which will start producing in 2022, he said.

In the words of the NNPC boss, as the national oil company of the country we have the responsibility to guarantee energy security.  Explaining the reason, behind the investment, he stated that it would be impossible for any country to watch a business of this magnitude and sensitivity to run without the involvement of a national company.

NNPC is also considering the construction of five condensate refineries, which will provide a cheaper alternative to produce light-end products. NNPC aims to reach final investment decisions on two, which will have a combined 200,000 b/d of condensate refining capacity, within the next three months.

“They are cheaper and faster to construct and they will also take off the burden of the Opec+ crude output restrictions,” Kyari said.

Throwing more lights on the issue of under-recovery payment, Kyari said the payment for differential cost between the actual landing cost and pump price rate was affecting NNPC’s remittance to the Federation Account.

“We are supposed to remit N120 billion to the Federation Account every month.

Speaking further he stated though pump price of petrol should have been N256 per litre based on what the price was as at June 2021. However despite the current crude oil price, the federal government through the NNPC is still paying the differential until an appropriate price is agreed upon by government and Labour.

NNPC also mull over construction of five condensate refineries, which will provide a cheaper alternative to produce light-end products. NNPC aims to reach final investment decisions on two, which will have a combined 200,000 b/d of condensate refining capacity, within the next two months.

The Federal Executive Council approved a $1.5 billion for the rehabilitation of the 210,000 b/d Port Harcourt refinery earlier this year.

He said though the Port Harcourt Refinery had a completion timeline of 40 months, crude oil refining would start there in 18 months January 2023.

On under-recovery payment, Kyari said the payment for differential cost between the actual landing cost and pump price rate was affecting NNPC’s remittance to the Federation Account.