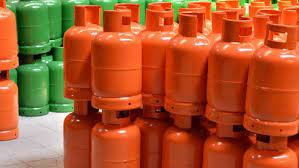 Nigerians using Liquefied Petroleum Gas otherwise called cooking gas are in for a hard time as the price of the product keep going up without any idea of when it would come down.

It is gradually going out of the reach of low income earners as they could no longer bear the burden of the price of the commodity.

Just yesterday, Monday, the price of the commodity jumped to N7.6million from about N3.6 million-N4million per 10 metric ton last year.  But from the beginning of this year the price started increasing.

This is the amount the commodity is taken from the depots to the plants where it is refilled into the 12.5kg cylinders.

The price of 12.5kg is about N6000 on the average at retail outfits in some parts of Lagos plants.

This is not good for the country that is saying that it wants to increase the penetration of cooking gas market among its citizens and reduce poverty and deforestation.

The situation has been attributed to lack of foreign exchange to import gas into the country. The in county capacity for the companies producing LPG are just about 60 percent while the remaining 40 percent is imported. To compound this problem is the fact that the government has slammed Value Added Tax on the commodity.

The Nigeria Liquefied Natural Gas, the most reliable source in- country export most of the one its producing as it was initially not to address domestic needs of the country.

Government policies on Foreign Exchange which has made it difficult to be accessed by importers of cooking gas or  LPG, Nigeria’s exchange rate which has plummeted, different levies introduced by the government, such as Petroleum Products Pricing Regulatory Agency’s(PPPRA)  Admin Charge on LPG; various Department of Petroleum Resources (DPR) charges, and the recently introduced Value Added Tax (VAT) which is to be implemented by the Nigeria  Customs  Service on imported LPG which payment has been backdated, are big hurdles that  are already in motion to castrate the initiative which is already gaining grounds across the country.

About three weeks ago when Business   Standards spoke with Dayo Adesina, Special Adviser to the President on LPG, he said the government was going to look at the situation.

“The Federal Government is doing something about the issue so as not allow it efforts to waste because of high price of the commodity.”

“The government is working assiduously to look for additional sources of LPG in the country to reduce the foreign exchange component of the price.

On the issue of introduction of VAT which Nigeria Customs Service backdated its payments, he said, that was just brought to the attention of the government then and that it would address it appropriately.

“We are not self sufficient and had to import to augment the supplies from Nigeria Liquefied Natural Gas Limited through import that is why it is affected by Foreign Exchange. I am sure when we are able to find additional sources and there is competition, the price would come down. The NLNG was only able to provide 450,000 tons last year and the consumption of the country has hit over 1 million metric ton per annum. We are not happy that the price of the product has increased,” he said.

← FG Shifts Date For Second Phase Of COVID-19 Vaccination Programme On August 16. IBEDC Mourns Captain Okunbo, Says His Legacy Will Not Be  Forgotten   →