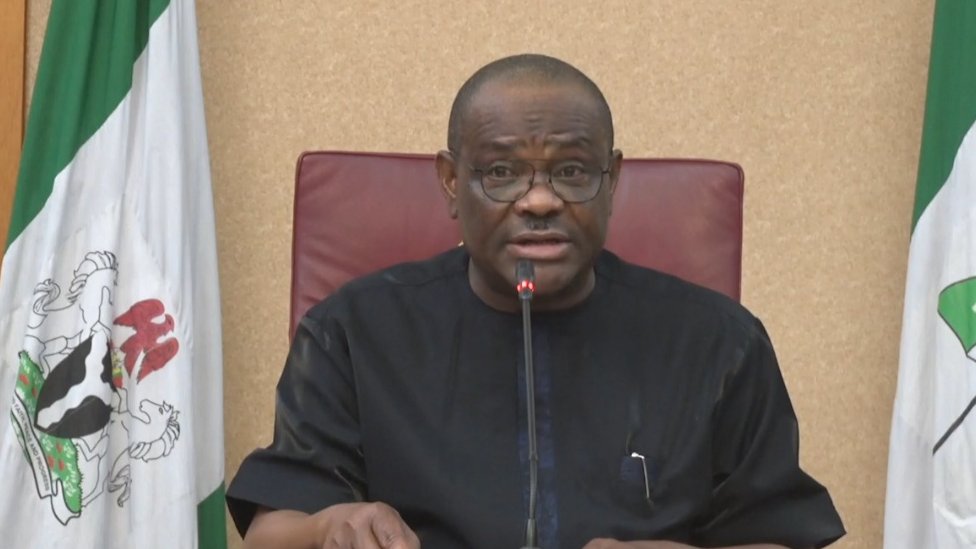 Rivers state government has said that it will ban people crossing its borders at night due to heightened insecurity.

Governor Nyesom Wike said on Tuesday, following attacks on some security officers which has led to losses of lives and stealing of armed and ammunition.

The ban on people entering or leaving Rivers between 8:00 p.m. and 6:00 a.m. will take effect from April 28 until further notice, Governor Nyesom Wike said in a statement.

Wike cited the killings of police, customs and civil defence officers on Saturday and of army soldiers on Sunday to justify the curfew.

“The attackers and their sponsors are people who came from outside Rivers state, and as a government we are determined to do everything within our powers to prevent the recurrence of such senseless and murderous acts,” he said.

Insecurity has mounted across Nigeria. In the northwest, gunmen have kidnapped more than 700 school children since December, part of a broader breakdown of law and order that has seen militants looting and pillaging communities in the region.

In the northeast, the armed forces are still struggling in a 12-year war with Boko Haram and Islamic State’s West Africa branch. On Sunday, more than 30 soldiers died in one militant attack, soldiers and a resident said.

Earlier on Wednesday, the United States consulate in Lagos warned of increased crime in the city.