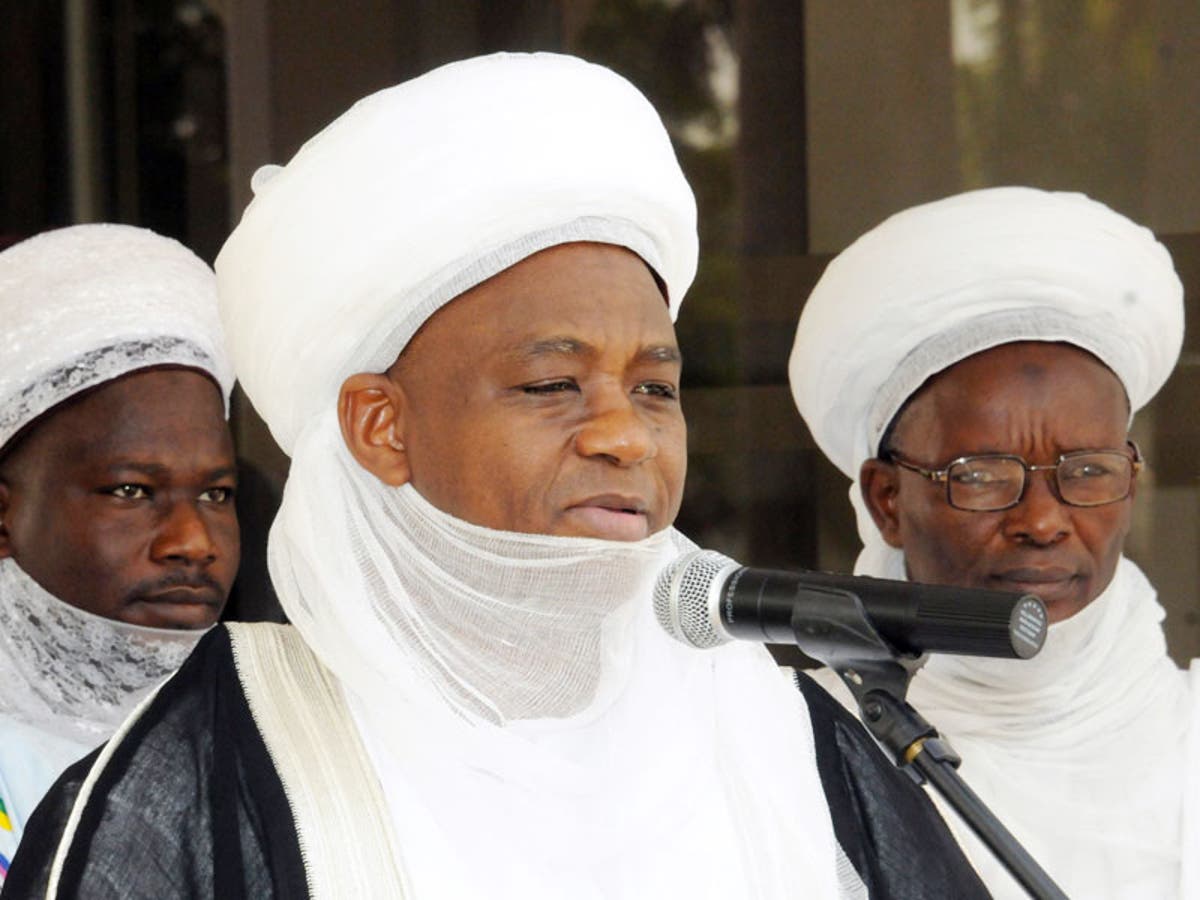 The clamour for federalism, local government autonomy, community policing and devolution of power dominated the nationwide public hearings conducted yesterday by the House of Representatives Committee on the Review of the 1999 Constitution.

However, while the Sultan of Sokoto and President-General of the Nigeria Supreme Council for Islamic Affairs, Alhaji Sa’ad Abubakar, called for the removal of the immunity clause in the constitution, the Ondo State Governor, Mr. Rotimi Akeredolu , advocated the scrapping of the Senate to make the federal legislature unicameral, as one of the ways of reducing the cost of governance.

Plateau, Benue and Nasarawa states have also unanimously demanded devolution of power in a manner that the states will be given more powers and finance considering their enormous responsibilities.

At Akure, one of the two venues of the public hearing for the South-west zone, Akeredolu said devolution of powers, true federalism, state police, among others, as presented last week to the Senate Committee on Constitutional Review were germane in restructuring the country.

Akeredolu, who was represented by his deputy, Lucky Ayedatiwa, also advocated that membership of the National Assembly should be part-time.

He said: “The membership of the (National) Assembly should be part time. No member should earn allowances not known to the Revenue Mobilisation and Allocation Committee and, more importantly, people they claim to serve.

“Legislators should earn under a uniform salary structure. Allowance peculiarities must not be about obscenity. The Senate should be scrapped. The House of Representatives too should not be unwieldly. A maximum of four representatives should come from each zone.”

According  to Thisday, the governor also advocated the decentralisation of the Supreme Court.

He said: “The Supreme Court should be decentralised to ease the current burden of the appellate court.

“In a true federal state, there should be a Supreme Court whose decisions are final in residual matters. The Supreme Court at the centre should concern itself mainly with issues bordering on constitutional interpretations and matters arising between and among the states and the federal government, as well as revenue generation by the federal government. It should also administer the National Judicial Council.”

In Bauchi, the state Governor, Senator Bala Abdulkadir Mohammed, stated that Nigeria needed a workable and acceptable constitution to serve the interests of the people.

Such a document, he added, should allow for true federalism where Nigeria states are autonomous entities with power to run their affairs.

The governor also appealed to the House Committee on the Review of the 1999 Constitution to look into the various agitations of the state and reflect them in its report.

According to him, the participatory approach by the National Assembly in the amendment of the constitution is expected to produce a people’s constitution that will address the social-economic problems in the country.

He added that Nigeria must break from the command structure imposed on the country by the defunct military government, which concentrated enormous power at the centre as manifested in the 1999 Constitution.

“The constituent units of the Nigerian federation represented by the current 36 states, the FCT and the 774 local government areas are near to the people that must be given enough powers with resources in order to positively impact the lives of the people at the grassroots,” he stated.

In Lagos State, the Governor,  Babajide Sanwo-Olu, restated his calls for a special economic status for the state owing to its status and the economic epicentre of the nation and the burdens it bears.

He said at the South-west zonal public hearing that the continuous request for a special status for the state was by no means a selfish one, but stemmed from the interest of every Nigerian in the state.

He stated that progress and prosperity of Nigeria as a nation is linked to that of Lagos State.

Earlier, the Speaker of the House of Representatives, Hon. Femi Gbajabiamila, while urging Nigerians to take the ongoing constitutional amendment seriously, had said the process of review and amendment would give the nation a near perfect constitution.

He expressed optimism that such a new constitution will resolve the issue of “identity, political structure, human rights, administration of government, resource control, national security and so much else that has made our nation fragile and that has hindered our progress and prosperity.”

He added: “The 1999 Constitution is as a result of a hurried national compromise that Nigeria entered into two decades ago, just to allow the military vacate the political scene and return to the barracks. It has always been our intention that one day, as one people, we will return to amend this document to give voice to the yearning of the Nigerian people”.

In Enugu, the Governor, Hon. Ifeanyi Ugwuanyi, reiterated his administration’s unwavering commitment to an egalitarian Nigeria where justice, fairness, equity and inclusiveness shall be functional directive principles of state policy.

The governor had declared the state government’s support for amending the constitution to enhance the nation’s quest for unity and prosperity “in an environment where justice, fairness and equity shall prevail.”

Declaring open the South-east zonal public hearing in Enugu, the governor enjoined all institutions, civil society organisations, stakeholders and the entire Enugu State citizenry “to stand up and be counted in this important national discussion.”

Women groups, organisations and labour unions made varying submissions on how to improve the constitution.

Also, women groups called for gender parity and inclusion to allow women to participate actively in governance and decision-making.

On his part, the Sultan of Sokoto and President-General of the Nigeria Supreme Council for Islamic Affairs, Alhaji Sa’ad Abubakar, called for the removal of the immunity clause in the constitution, saying it will compel leaders to live up to their responsibilities.

He also advocated a constitutional role for traditional rulers, saying it was time Nigerians talk frankly on how they want the country managed.

Addressing stakeholders at the Kebbi zonal hearing comprising Kebbi, Sokoto and Zamfara States, the sultan attributed the crisis in the country to the relegation of traditional rulers as they were given no constitutional role to play.

He said before the Nigerian nation came into being in 1914, the traditional institution had existed.

He said: “One of the controversial issues, which I feel strongly about is the immunity clause. When you are immune, nobody can take you to court as a leader and it means that you can do whatever you want to do. You can claim to be God.

“But when that immunity is removed and you are made to live in a society where people are taken to court for abuse of office, I think our leaders here will wake up. Let us see how to tinker with that immunity clause.

“Will it be better to give immunity to a few people or remove the immunity so that all of us will be equal? It is another food for thought. So, please don’t hold back, speak your mind on how you want this country to move on.”

Meanwhile, Plateau, Benue, and Nasarawa states have unanimously demanded devolution of power in a manner that the states will be given more powers and finance considering their enormous responsibilities.

They also requested that the state governors, as the chief security officers of their states, be given the powers to control the police in their states to enhance quick and rapid response to crisis and crime.

They decried the situation where a state police command has to get clearance from Abuja to respond to crisis in its domain.

Presenting their memoranda at the North-central zonal public hearing in Jos, the three states also advocated a single tenure of five years for the president.

Presenting the position of Benue State, representative of the governor, and Speaker of the Benue State House of Assembly, Hon. Titus Ugba, urged the National Assembly to grant the demands of people seeking creation of additional states.

Plateau State Attorney-General and Commissioner for Justice, Chrisantus Ahmedu, and his Nasarawa State counterpart, Abdulkareem Kana, who toed the same line with Ugba on most of their demands, added that the three tiers of government could be reduced to two; comprising only the federal and state governments, such that states are given the resources to cater for the local governments.

Earlier, while addressing the audience, Plateau State Governor, Hon. Simon Lalong, had urged Nigerians to be bold, sincere and patriotic in their submissions to the constitution review panel in their quest for a greater nation.

Lalong stated that the much-talked about restructuring will be considered to ensure that the agitations and anxieties being expressed are addressed.

According to him, there are high expectations that this particular exercise will not go the way of previous ones which failed to address some key issues affecting the governance of the nation, leading to further agitations that are growing and in some way threatening peace, security and unity of the country.

“I therefore appeal to members of this special committee and Nigerians presenting memoranda at this public hearing to see this exercise as a very important duty which presents another opportunity for us to build a Nigeria that we desire to see. We should take advantage of the platform to ventilate and make submissions as to what we want injected or removed from the 1999 Constitution to make it more people -centred,” he said.

← We are coming after you, president Buhari tells arsonist, insurrectionists  Danbatta Shares Experience on Regulatory Model for Nigeria’s Digital Inclusion →