Reasons why investing in Port Harcourt Refinery will be more beneficial 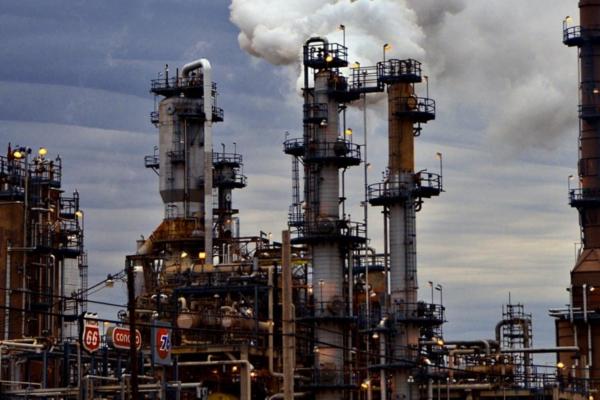 The approval by the Federal Government of $1.5 billion for the rehabilitation of Port Harcourt Refinery has generated a lot of controversies leading to some Nigerians supporting it and some kicking against the action.   It is, for this reasons, that olusola  Bello tries to examine the benefits or otherwise of this move by the government

Nigerians arguing against the $1.5 billion earmarked for the rehabilitation of Port Harcourt Refinery cannot be blamed for doing so. This is because most rehabilitations or better still, turn around maintenance (TAM) exercises that have taken place in the past end up as monumental failures, with Nigeria being the loser.

Fixing the refineries has been a major issue even before 1999. During the period of late General Sani Abacha, as Head of States, between 1993 and 1998, the refineries had already started experiencing serious issues. Because of this, there was massive importation of fuel from across the globe to the country.

At a point in time, an indigenous company, Chrome Oil Services Limited was contracted to do the turnaround maintenance (TAM) of the Port Harcourt Refinery but there was no tangible result from this exercise.

Each time TAM takes place in the refineries,huge sum of money  was always budgeted for it but the results are often abysmal. The refineries never worked to the satisfaction of the generality of Nigerians.  In some cases, perhaps, political considerations are given above achieving efficient and productive refineries. Consequently, nothing is achieved in terms of having efficient, productive, and highly functional refineries after the exercises.

This is why it will not be out of place if people kick against this latest move by the government to rehabilitate the Port Harcourt Refinery, especially with the amount involved. Of course, Nigerians have the right to be skeptical given these past experiences.

Personalities like Former Vice President Atiku Abubakar, Gov Nyesom Wike, Activist Aisha Yesufu, Senator Dino Melaye, and former Governor Peter Obi among others are opposing the rehabilitation/contract award. They prefer them to be sold out rightly and save the government the resources to be spent on it.

It must however be noted that Nigeria is desperate to fix its refineries, however progress has been very slow as finding funds for the overhaul program have been very challenging.

Finalizing the engineering,procurement,and construction (EPC) contracts have also been delayed over the past few years.

The country’s refineries, which include the 110,000 barrel per day Kaduna refinery and the 125,000 per day Warri  Refinery have been shut down for repairs since early 2019 and NNPC says it expects them to operate at around 90 percent of capacity when repairs are completed and they resume production by 2023. But this timeline is expected to be pushed back as 2020 saw numerous delays, exacerbated by the COVID-19 pandemic.

It should be noted that If the government fails to act now by not taking steps that would help reduce the burden of fuel importation, it is possible that our dependence on importation of fuel and subsidy payment would continue unabated, and these would continue to cost the country huge losses financially with their attendance backlash on the economy.

Dangote Refinery’s total capacity combined with the country’s four refineries assuming they are working cannot be more than 20 million litres per day. The nation is estimated to be consuming between 40 to 60 million litres a day.

The much talked about modular refineries only produce Diesel, Aviation Oil, Naphtha, and other products at an uneconomical dimension. Many of the modular refineries are not going to produce petrol until when they are upgraded, and this will not happen soon.

So there is the need for the government to be proactive to avoid a possible crisis by the time Dangote comes on stream. Dangote Refinery is export-focused and may have a very little percentage of its product for Nigerian market, as it would make more money selling its products outside the Nigerian shores

But is the situation with Port Harcourt Refinery still redeemable? Yes, and how?

With sincerity of purpose and transparency by the present administration, a lot of things could still be turned around with the refineries and Nigerians would be better for it.

Of the four refineries, the most strategic is the Port-Harcourt Refining Company (PHRC) with a capacity of 210,000 b/d and can produce 10.4 million liters of Premium Motor Spirit (PMS) per day. This refinery had its last TAM in the year 2000 (21 years ago).

It is a good thing therefore to see that the government moved to rehabilitate and restore all the numerous advantages that such a functional refinery will bring to the country. This rehabilitation, unlike TAM (which should normally be carried out every two years but was neglected for many years), will involve comprehensive repairs of the plant with significant replacement of critical equipment to ensure the plant integrity is maintained for a minimum of ten years.

The lender to the project is smart just as the contractor is reputable one. African Export-Import Bank (Afreximbank) is the reliable lender that has agreed to raise up to $1billion towards the rehabilitation project. In the same vein, Government will raise the sum of US$550m. A credible and capable lender like Afreximbank would never agree to put such huge amount of money where there will be no value.

Similarly, Tecnimont SpA, representative of the Original Refinery Builder (ORB) which is one of the top ten global Engineering, Procurement, Construction, Installation and Commissioning (EPCIC) Contractor in refineries, is globally reputable and capable, with requisite experience of similar jobs across the globe.

There are quite a number of benefits in bringing the nation’s refineries back on stream. From satisfying local energy demand, growing the nation’s GDP, to strengthening the Naira by reducing the demand for Forex to creating thousands of jobs across the value chain (crude supply, operating and maintaining the refinery, product supply etc) including several third-party contractors that will supply outsourced services or goods, the advantages are huge.

The refined products also serve as feedstock for small scale local manufacturing. The most significant and visible benefit is energy security for the country. Imagine if COVID-19 lockdown became global and Nigeria couldn’t import, it would have been a disaster as there was no capacity to refine crude in-country and as such, there would have been no products at all. That will be a true definition of disaster

Having learnt from the experiences of previous models, NNPC is now adopting the Operate & Maintain (O&M) Model as a strategy in the execution of the rehabilitation project, which is also one of the key lender requirements. With the O&M Strategy, the Contractor is expected to:

• Be a single point of responsibility for managing operations, maintenance and technical services within the refinery’s battery limit

• Be a credible, proven refinery operator with preferably FCC experience

• Be able to manage local and specialized sub-contractors

• NNPC does not expect significant capital projects  such as upgrades, de-bottlenecking  during the O&M contract phase.

• NNPC’s structure and mandates outside of the refinery’s battery limits will not be impacted by the O&M strategy (e.g. PPMC).

Some other people have come up with the curious case of Shell’s sale of its Martinez Refinery in California to PBF Holding for $1.2bn “while NNPC is only rehabilitating PHRC for $1.5bn.” Perhaps, what people failed to understand is that Martinez Refinery is 105years old (built in 1916). The refinery had a major fire incident in September 1989 and it is having regulatory challenges with the Californian authorities. The relatively high cost of doing business in California, coupled with challenges with adherence to the State’s environmental regulations were factors in Shell’s decision to sell.

Also, as part of the condition of the sale agreement, Shell and PBF previously entered into a market-based crude oil supply and product off-take agreements to continue supplying Shell-branded businesses and ensuring that Shell customers continue having access to Shell-branded fields

In a nutshell, therefore, what happened between Shell and PBF was just a Management agreement packaged as a sale to manage and protect Shell’s image, hence, it can never be a fair comparison with the cost of rehabilitating an NNPC refinery or even building a new one.

Unlike what is obtained in the past, the current refineries rehabilitation project is different for the following reasons:

a. It consists of a governance structure that includes key independent external stakeholders: Ministry of Finance, NEITI, ICRC, PENGASSAN and NUPENG.

b.        Unlike the regular TAM, this rehabilitation will involve comprehensive repairs of the plant with significant replacement of critical equipment to ensure that the plant’s integrity is maintained for a minimum of ten years.

c. It is funded through part-loan and part-government, with the financiers actively monitoring the execution of the project.

d. KBR and NETCO are acting as NNPC Engineers who will be supervising the EPC contract to ensure that the project is delivered on schedule, within budget and at the right quality.