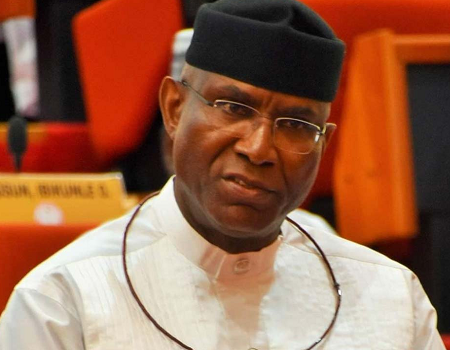 The chairman of the senate committee on constitution review, Ovie Omo-Agege, says the zonal public hearing on the proposed review of the 1999 constitution will begin on May, 26

Yomi Odunuga, spokesman to Omo-Agege, in statement said, the senator disclosed this when he hosted members of the Legal Defence and Assistance Project (LEPAD) in his office on Tuesday.

Noting that the public hearing will end on May 27, and hold in 12 states across the country, Omo-Agege, who is also deputy senate president, said there will be two hearings for each geopolitical zone.

“The Deputy President of the Senate pointed out that while Jos and Minna would host the public hearings in the North Central Geopolitical Zone,that of North East and North West would hold in Bauchi and Gombe as well as Kaduna and Sokoto respectively,” the statement read.

“Similarly, that of South East would hold in Owerri and Enugu, even as South-South and South West would be hosted in Port Harcourt and Asaba as well as Akure and Lagos respectively.”

Represented by Otive Igbuzor, his chief of staff, Omo-Agege gave the assurance that women’s interests will be protected, and urged Nigerians to participate actively during the public hearing.

He added that a national public hearing is also expected to hold in Abuja.

The senate constitution review committee was inaugurated in February 2020.

Speaking during the inauguration of the committee, Omo-Agege had said recommendations of the 2014 national conference, and the resolutions of the All Progressives Congress (APC) panel on restructuring will be considered.