Police Commissioner, Abba Kyari In Trouble As US Court Issues Arrest Warrant For Him 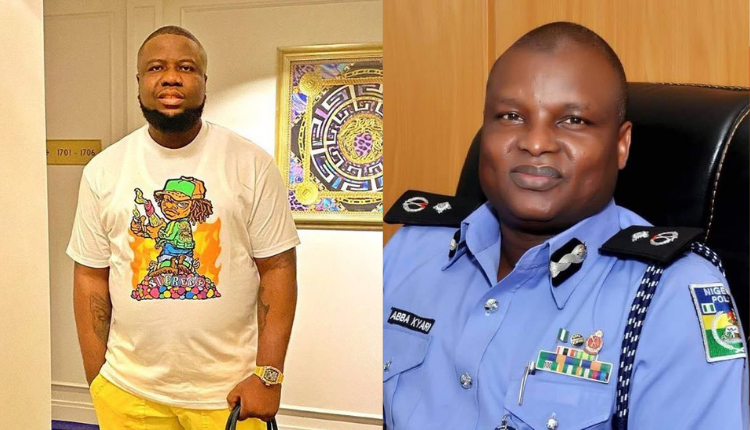 A US court has issued an arrest warrant for a Deputy Commissioner of Police, Abba Kyari over his links to alleged fraudster, Ramon Abbas, popularly known as Hushpuppi.

The arrest warrant was issued by a U.S magistrate judge, Otis Wright, a spokesperson in the United States Attorney’s Office confirmed to Channels Television.

According to documents unsealed this week in the US, Mr. Kyari had arrested and jailed one Chibuzo Vincent, at the behest of Hushpuppi.

On Wednesday, the US Department of Justice announced that Hushpuppi had been involved “in an elaborate scheme to steal more than $1.1 million from a businessperson attempting to finance the construction of a school for children in Qatar.”

Six persons were indicted in the investigation.

In laundering the proceeds of the Qatar operation, a dispute broke out among members of the conspiracy, courts documents said.

The dispute allegedly prompted Vincent, one of the members, to contact the victim and inform them of the scam operation.

After this contact, Hushpuppi allegedly arranged to have Vincent jailed in Nigeria by Mr Kyari, a top police officer in Nigeria.

Mr Kyari was also alleged to have provided third-party bank accounts to receive payment for the illegal arrest.

In his defence on Thursday, Mr Kyari said Vincent had been arrested only because Hushpuppi claimed that he (Vincent) had seriously threatened to attack his family in Nigeria.

He said Vincent was eventually released on bail after no actual threats were discovered.

“Nobody demanded a kobo from Abbas Hushpuppi,” Mr Kyari said.

“Our focus was to save people’s lives that were purported to have been threatened,” Kyari said.”

Mr Kyari also said Hushpuppi once sent N300,000 to his (Kyari) tailor after the alleged fraudster had admired some of his outfits on social media.

The clothes “were brought to our office and he sent somebody to collect them in our office,” Mr Kyari said.

Meanwhile, the Inspector-General of Police, Usman Baba, has ordered an “internal review of the allegations” against a Deputy Commissioner of Police, Abba Kyari, by a United States Court.

Force spokesman, Frank Mba made this known in a statement on Thursday.

According to a communique from the court, the arrest was made after Vincent threatened to expose a $1m fraud committed against a Qatari businessman.

Reaffirming the Force’s commitment to the pursuit of justice and the strengthening of its professional relationship with the FBI and other international partners, the IGP said further developments on the case will be communicated to members of the public accordingly..

The  Party (PDP) has also demanded a forensic investigation into the matter.

In a statement by the party’s spokesman, Kola Ologbondiyan, the PDP was of the opinion that the revelation of the involvement of Kyari, the head of Nigeria’s intelligence response unit, as a receiver of proceeds of international fraud is worrisome, disturbing, and a stain on the integrity of our nation.

“It is indeed disquieting that the integrity of our nation has fallen so abysmally low under the corrupt and fraud-patronizing President Muhammadu Buhari-led All Progressives Congress (APC) administration, to the extent that the head of its police intelligence unit is being charged in connection with international fraud,” the PDP’s communique partly read.