Passage of PIB, A Product Of Executive, Legislature Synergy – Lawmaker 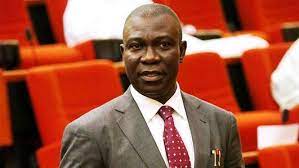 to effective synergy between the Executive and the Legislature. This was the view of Sergius Ogun (PDP-Edo) in the House of Representatives.

Ogun, in an interview with the News Agency of Nigeria (NAN) in Abuja on Friday congratulated all citizens, saying that the bill, when passed into law would attract foreign investments.

318 clauses of PIB had been unanimously adopted by the house and ready for final passage next week after 18 years of trying.

The lawmaker, who represents Esan South East and North East Federal Constituency of Edo, said that the glory should go to the two arms of government and indeed all Nigerians.

“It is a good thing that we are able to pass this bill, it might not be everything everybody wants, it is a bill and no bill is perfect.

“I want to congratulate Nigerians because we have lost out. A lot of investments that should have come to this country have moved to other countries.

“By the grace of God, the President will assent to the bill and investors that have been sitting on the fence will come in and invest here.

“It has been a very torturous journey and I want to appreciate the leadership of the house, the Minister of State for Petroleum and the Group Managing Director of NNPC, they walked the corridors of the National Assembly relentlessly.

“Whenever we need any clarification on anything, they were available; for the first time I saw the collaboration between the executive and the legislature to see something come to pass,’’ he said.

Ogun, however, frowned at some of the lacuna in the process of considering and adopting the bill ahead of its third reading.

The lawmaker said that some of the members were not privileged to have access to a copy of the bill for perusal before consideration and adoption.

“They brought some to the chambers, it was not enough for everybody; the deputy chairman of the committee told us that they will come in a short while.

“I want the chairman of the ad hoc committee to know that we all do not have copies; I have gone through the bill repeatedly because I was part of the process that brought it to where it is today, I still need a copy.

“If whatever we have gone through is different from what was presented, I cannot just go ahead and agree to everything, I just wanted to have a copy and flip through,’’ he said.

Ogun said that he had protested to the chairman who expressed surprise that everyone did not have copies.

“The deputy chairman told us that within five minutes from when we started, we will all have copies but that did not happen.

“I could have shared because somebody told me to go share with somebody but people around me did not have,’’ the lawmaker said.

He called for a change in the process, saying that members only got copies of bills to be considered when the house had dissolved into committee of the whole for clause by clause consideration.

According to him, members should have clean copies of bills ahead of time before consideration but that is not what has been persisting and should be changed.

He said that the consideration and adoption stage was the most critical in the process of law making but it did not get the required attention.

He blamed the situation on the fact that lawmakers were not judged on the number of bills sponsored but by the number of constituency projects executed, burials and weddings attended and how much money shared.

“If we can reprioritise and give more attention to law making, am sure that is when things like this will matter,’’ he said.

Ogun pledged effective representation of his constituents, guarantee infrastructure development and ensure people have good life “as they deserve nothing less’’. (NAN)