Over $400 million Nigerian stolen monies and assets traced to UAE 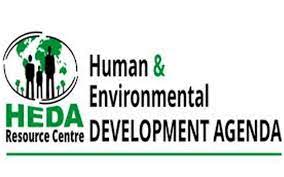 The United Arab Emirate, (UAE) has been discovered to be home Assets and funds worth more than $400m stolen from Nigeria,  experts that are versed in anti corruption activities have said.

This was disclosed by the Human and Environmental Development Agenda, (HEDA Resource Centre) and also confirmed by foreign anti-corruption experts  during an international conference held in Abuja.

According to the experts, out of  the 800 Nigerian stolen illicit assets lodged in UAE, 13 law enforcement officials own 216 of them while 584 of the remaining assets are owned by Nigerian public officials’ HEDA said.

The conference which  was held in Abuja has as its theme: Fixing Financial Flows: A critical Review of UK and UAE policies, laws and Practices in Financial and Non Financial Institutions.

In a communique issued at the end of the summit, participants said the UAE and United Kingdom, (UK) represent some of the hosts of illicit financial flow from Nigeria estimated at some $17billion every year between 2004 and 2013

An estimated $17billion is lost every year to financial flows which hurts vulnerable poor, fuels violence and threat to moral authority of the state, the communiqué stated.

The participants said ‘fighting the transfer of stolen  funds abroad cannot be handled by the government alone, it has to be a joint effort in collaboration with civil society, labour and all people-driven institutions.’

Dayo Olaide, deputy Country Director, MacArthur foundations,while speaking at the summit Dayo Olaide, said while see-through  election remain a momentous step towards transparency and  good governance, it is disturbing that public enthusiasm towards  election is fading.