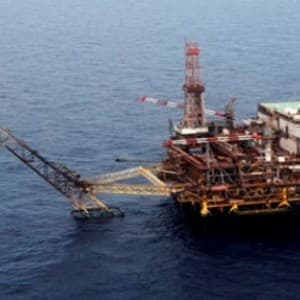 The month of March  witnessed   a rise in OPEC out  as higher supply from Iran countered reductions by other members under a pact with allies, a Reuters survey found, a headwind for its supply-limiting efforts if Tehran’s boost is sustained.

The 13-member Organization of the Petroleum Exporting Countries pumped 25.07 million barrels per day (bpd) in March, the survey found, up 180,000 bpd from February. Output has risen every month since June 2020 with the exception of February.

The rise in Iranian supply comes as OPEC and allies, known as OPEC+, have delayed unwinding more of their output cuts as the impact of the pandemic persists.

OPEC+ meets on Thursday and delegates expect most cuts will be kept.

“I can feel the cautious momentum,” one OPEC source said of Thursday’s meeting.

Oil topped $71 a barrel this month, the highest since before the pandemic, but has since fallen to about $64. A slow recovery in demand and rising Iranian exports have weighed on prices, analysts said.

OPEC+ decided to keep supply mostly steady for March while Saudi Arabia made an extra cut out of concern about the slow demand recovery. Iran, plus fellow OPEC members Libya and Venezuela, are exempt from making cuts.

The Saudi move means OPEC still pumped much less than called for under the OPEC+ deal, despite the Iranian increase. Compliance with pledged cuts in March was 124%, the survey found, up from 121% in February.

Iran has managed to raise exports since the fourth quarter despite U.S. sanctions, according to various assessments.

There is no definitive figure for the exports. Iran has said documents are forged to hide the origin of its cargoes. Tankers have satellite tracking but this can be switched off and the use of ship-to-ship transfers makes it harder to spot the shipments.

The Reuters survey puts Iranian supply in March at 2.3 million bpd, up 210,000 bpd from February and the biggest rise in OPEC.

OPEC’s second-largest increase, of 40,000 bpd, came from Iraq, the survey found. There were also small increases by the other two exempt producers, Libya and Venezuela.

Top exporter Saudi Arabia pledged an additional 1 million bpd output cut for February and March. Riyadh achieved virtually all of this in March, the survey found, more than in February.