OML 245, a difficult learning experience for us- says Shell 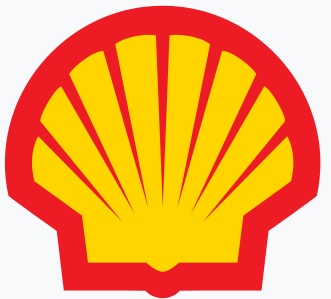 The international oil giant, Royal dutch has  said that  the issue  of the oil Mining Lease( OML245) has been a difficult  learning experience for it, despite the fact that  it  is pleased that four of its emploees were acquited by a milian court last  month.
This is just as it  maintained that in Nigeria, it will  continue to tackle environmental challenges related to spills caused by oil theft and sabotage of pipelines.
This was contained in the letter of Ben van Beurden, the chief executive officer of the company for the Shell Sustainability Report 2020.
On 17 March 2021, an Italian court in Milan announced – after more than three years of proceedings – the acquittal of 15 defendants in the emblematic corruption case concerning Eni’s and Shell’s acquisition of OPL 245 in Nigeria in 2011, for $1.3bn.
The 15 defendants – including Eni CEO Claudio Descalzi – linked to the two oil giants were acquitted. However, analysts are saying other legal proceedings are prolonging the suspense centred around this gigantic case of oil mismanagement in Nigeria.
The Shell CEO said  the company has  set a target to transform into a net-zero emissions energy business by 2050, in step with society. This supports the more ambitious goal to tackle climate change in the UN Paris Agreement: to limit the rise in average global temperature to 1.5 degrees Celsius.
Becoming a net-zero emissions energy business he stated means that  the company is reducing emissions from it operations, and from the fuels and other energy products it  sells to customers.  “It also means capturing and storing emissions safely underground using technology or balancing them with natural carbon sinks such as forests”
“We have set short-, medium- and long-term targets to reduce the carbon intensity of the energy products we sell, and have tied the short-term targets to our staff incentive structure. This includes lowering emissions from our operations, including the energy consumed in running them. It also includes the emissions from oil and gas that others produce and we then sell in our energy products – an industry-leading approach”, he said.

Ben van Beurden noted that  for many years the company have followed guiding principles and standards that seek to protect the environment. “Now we are stepping up our environmental ambitions and shaping them to contribute to the UN Sustainable Development Goals”.
He said for example, the  company is working to keep waste from our operations to a minimum and run our operations and supply chains so they can contribute to a circular economy. This means designing materials and products that can be more easily reused and recycled.
We cannot lose focus for a second when trying to protect the environment. We must continue to take action to prevent and deal with oil spills, including work to reduce operational spills. In Nigeria, we also continue to tackle environmental challenges related to spills caused by oil theft and sabotage of pipelines.
Shell also celebrated the fact that in 2020, there were zero fatal accidents in Shell-operated facilities for the first time in our history. Staff demonstrated an extra level of vigilance in a very difficult year. “I want this achievement to spur us on so that we keep working hard on safety”, the ceo said.
Our employees must show absolute integrity every day. They must meet the ethical standards that Shell, and society, expects.
He enjoined the workers to continue to work hard to raise standards in this area, learning from our own experiences and from others.
Shareholders to reap bountifully as NB proposes N7.71bn dividend

A total dividend of N7.71 billion has been recommended for shareholders if the Nigerian Breweries for the 2020 financial year.
The dividend represents final dividend of N5.518 billion or 69 kobo per share and an interim dividend of N1.999 or 25 kobo per share.
For the year under review, the total dividend paid amounts to 94 kobo per ordinary share of 50 kobo each, represents a 100 per cent payout.
The Company also stated that shareholders will be given   the option to receive new ordinary shares in the company instead of the final dividend in cash.
Speaking at the Pre- AGM media briefing held in Lagos wednesday, Jordi Borrut  Bel, managing director of the company,  described the 100 per cent dividend payout recommendation as a demonstration of its strong performance for the financial year-end 2020, where it emerged as the only brewer to record a profit in a difficult year.
An analysis of the company’s results also shows that
A part from delivering a profit of N7.52 billion,  the company’s result  also indicated a recorded net revenue of N337.01 billion for the 2020 financial year as against N323.00 billion recorded in 2019.
“Business performance was quite impressive especially in the face of the COVID-19 pandemic and economic recession.
“Though there was a slight reduction in profitability compared to the previous year, the business witnessed an improved growth in revenue. The significance of this is that business became more stable and healthier,” Bel stated.
He further explained that the improved performance for the year could largely be attributed to the massive decline in both Administrative, Marketing and Distribution expenses for the financial year relative to the previous year.
According to him, while marketing and distribution expenses experienced a dip from N77.70billion in 2019 to 70.7 billion in this financial year, administrative expenses experienced a 1.79 per cent decline from N19.30 billion to N18.96billion, which was largely informed by the elimination of bad costs.
Borrut Bel stated that despite other operating challenges coupled with the COVID-19 pandemic that affected businesses generally, the company maintained a strong and healthy balance sheet.
He assured stakeholders that the company remains committed to ensuring that the health, safety and welfare of its employees, customers and partners are protected.