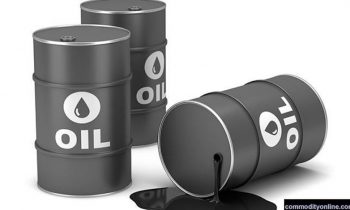 The upward jump in oil prices mostly reflects the market jitters as unrest escalates in Kazakhstan and the political situation in Libya continues to deteriorate and sideline oil output. In addition, the recent cold weather snap in Texas that negatively affected natural gas production spurred worries of a repeat cold weather event similar to last February, which the market shouldn’t necessarily positively price into oil prices.

The protests in Kazakhstan, which have spread to the oil city hubs in the western part of the country, have so far not impacted production at the 650,000 bpd Tengiz field, but Chevron earlier announced a temporary adjustment to output due to logistics. The involvement of Russian troops may prove an efficient move to quell protestors, but could also further stoke unrest.

Libyan oil output is already a realized bullish supply-side risk that has been developing since mid-December when it became clear that the 24 December elections would be delayed and the country’s political trajectory left in limbo. Libya’s National Oil Company has said oil production has dropped to 729,000 bpd due to upstream shut-ins and unplanned maintenance on pipelines. If the political standoff between the LNG and GNA continues, we expect outages to increase, whether due to operators shutting in production to force political outcomes, or if protestors are organized to shut down operations as key ports, as was the case in January 2020.

A repeat cold weather snap in Texas where the electricity grid is particularly fragile, will have negative impacts on both the demand and supply side of the equation, and doesn’t necessarily yield bullish upside to oil prices. When the Texas freeze hit last year, refining output (demand) was wiped out by about 2 million bpd for the month of February 2021, versus the less severe upstream (supply) impact of about 1.1 million bpd for the same month. Thus, the initial assumed price upside was quickly erased once the extreme cold weather electricity shortages caused record unplanned shutdowns at Texas and Louisiana refineries.