Oil Assets Divestment by Shell and Two others valued at $11bn 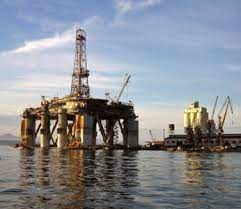 According to oil and gas industry sources, Shell Petroleum Development Company sold most of the assets which were bought between 2009 and 2021 by indigenous operators.

Shell and other OICs over the years had sold off some of their assets to a number of indigenous operators.  The strategy was based on a need to reduce the footprint in the land/swamp terrain of the Niger delta.

For Shell, the process started many years ago and the train had left the station long before the recent announcement which drew attention according to Egbert Imomoh, a former deputy managing director of Shell who spoke recently on divestments and it implications on Nigeria, at the CPI Petroleum Round Policy Table October, he said, the strategy of the company appears to have progressed from a reduction to total removal of their footprints.

Egbert Imomoh said Nigeria should have reasons to be concerned because of the fear that a herd mentality may kick in and other IOCs may do likewise and this may not augur well for the economy.

He cited the example of what is currently happening in Warri, a one-time thriving oil city which has now become a shadow of its former self, because of community restlessness and disruption to operations of oil companies. This situation led to the abandonment of the place by oil companies to other more peaceful cities in Niger Delta, thereby leading to the redundancy of some of the assets there.

He said seeing what is happening in Warri presently is an indication of the potential economic impact of such divestments on the Nigerian economy.

Another reason for concern, he said, is that some of those investors that bought the assets may just Focus only on short-term gains which may make them recoup the purchase price.

The implications of this are that it will result in reduced National income, Potential reduction in long-range activities like training, exploration.  The absence of international pressure, (parent company, media, shareholders, Governments) may lull local players to play only to ‘local’ rules which may be less demanding and discerning.

According to him, a lack of new investment will result in reduced production and OPEC quota. He cited the example of the situation where Nigeria currently has not been able to meet her OPEC quota because of lack of investment.

“The current supply adjustment, Nigeria has not met it. It is when it is exhausted that request for increase will arise,” the top OPEC source stated.

Despite requesting for a higher baseline in August, Nigeria failed to meet the existing crude oil supply quota allocated to it by OPEC, underperforming by 90,000 barrels per day (bpd) in August, or roughly 2.8 million barrels during the month. This made its production of 1.43 million bpd one of the lowest in five years.  In the same month, Nigeria, which potentially has the capacity to produce two million bpd, other things being equal, slumped from its July figure of 1.520 million bpd, according to an OPEC document obtained by a local newspaper.