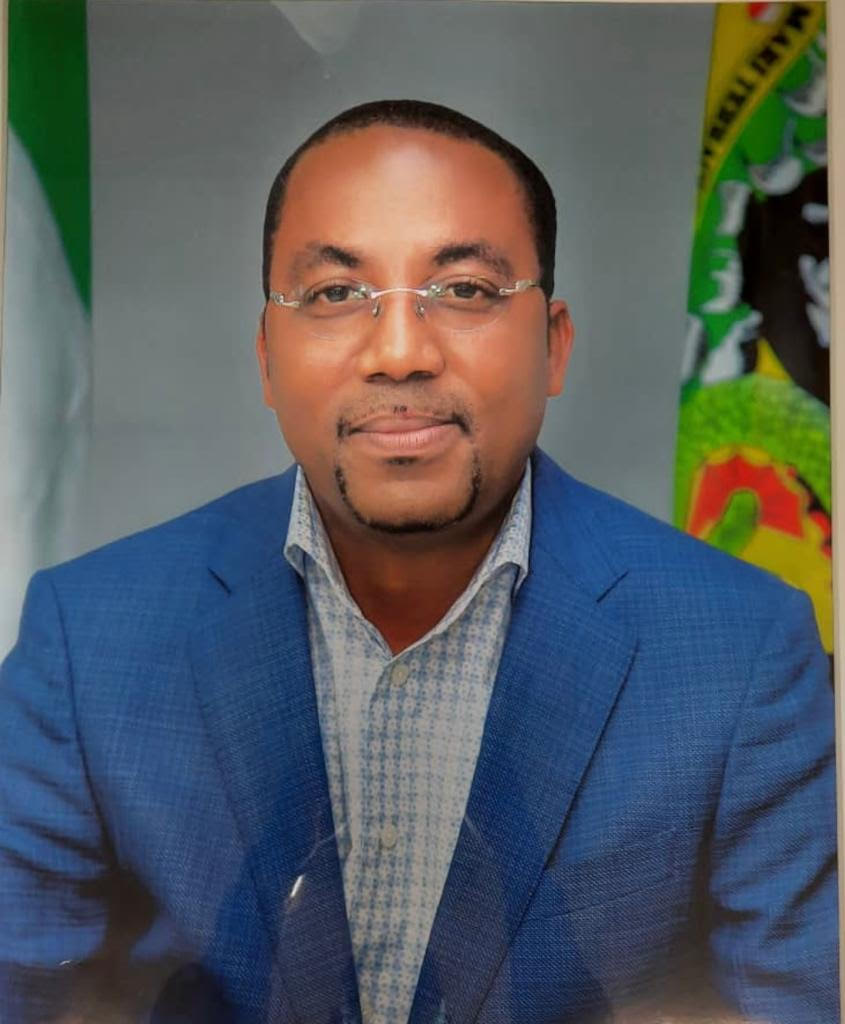 Mohammed Bello-Koko, Acting Managing Director of the Nigerian Ports Authority (NPA),when he led senior officials of the Authority on a spot assessment visit to the Port Complex with a view to resolve all impediments to the smooth flow of traffic and effective security, within and around the complex.

The Managing Director, who also visited the Sunrise Bus Stop area of the Apapa – Mile 2 highway which had become a failed passage, noted that the poor road situation within the corridor (the major artery in and out of the Tin Can Island Port) remained a huge concern to the Authority.

He said the improved traffic situation along the Tin Can Port approach from what it used to be some months back is one of the positives from the synergy between the NPA and the Lagos State Government (LASG), which deployed the necessary security and equipment needed to check indiscriminate parking on the road as well as an end to the menace of touts and other criminals.

Some of the internal roads within the Port Complex are in a state of disrepair and the Authority is considering engaging other government agencies and the National Assembly, to mobilise resources to resolve all the problems.

Bello-Koko, also observed that the wire gauze perimeter fence installed as a means of preventing unauthorized access in line with the International Ships and Ports Facility Security (ISPS) Code recommendation, have been pulled down exposing the Port to insecurity.

In his consideration a much stronger wall of protection should be put in place to keep people who do not have any business from having access to the complex.

He disclosed that upon a thorough security assessment, the management would be left with no alternative than to use prefab wall fencing, since the wire gauze type could not stand the test of time in view of how it was easily damaged.

The MD further said that the visit has availed the management an opportunity to evaluate where the access control gate should be mounted out of the three entry gates into the complex, adding that the Authority, working  with the relevant authorities would move to fast track the necessary public procurement processes.

Speaking on the objective of his visit, the NPA Boss said: “We are here because you recall that we met recenty with the Governor of Lagos State, Mr. Babajide Sanwo-Olu, and the essence of the visit was to strengthen our partnership with the State Government towards reducing the heavy vehicular congestion, especially in Apapa. We also talked about the poor state of the road along the Tin Can Island Port corridor.

We have pleaded with Hi-tech, the contractor handling the Apapa-Mile 2 highway, to ensure that the Sunrise Bus Stop end of the road is worked on speedily, even if it is palliatives to make it passable, that is why we are here. You can see that the Tin Can end of the road is now clear, that is the result of the collaboration between NPA and the Lagos State Government because we’re working together to ensure that trucks that are not meant to be here are not here.

We want to consolidate on this and consistently ensure that trucks that do business at the ports, picking and dropping of containers, do so without encumbrances. We also came here to look at the Port environment, we noticed that the wire gauze fencing had been pulled down by people and we have done the risk assessment. The best thing for us is to consider prefab fences, which we believe will do the work on a sustainable basis”, he said.

The MD stated that there had been reports of pilfering, stealing and vandalisation of containers, which must not be allowed to continue, insisting that the management is poised to put an end to such criminal acts by moving to upgrade the Authority’s security architecture.

On the internal roads within the Tin Can Island Port, “some of the roads within the Port have failed and it is the responsibility of NPA to fix them. Therefore, we came to look at all these so that we work with the relevant government agencies. We will liaise with the Federal Ministry of Transportation, Bureau of Public Procurement (BPP) and the National Assembly to mobilize the required resources. We will ensure that this is treated as an emergency and as quickly as the procurement process would allow us”, he said.

Bello-Koko decried a situation whereby it takes several hours for a truck to access the Ports  because of the failed portions of the internal Port roads, citing several instances where container laden trucks fell while trying to manoeuvre within the Port, a development that is clearly unacceptable, he said.

On the deployment of the electronic call up system, code named”Eto”, he noted that the system is yet to be effective in the Tin Can Port corridor, due to the poor state of the access road, as well as some failed roads within the Port, which reinforces the urgent need to fix these infrastructure as soon as possible.

He however noted that though he is not completely satisfied with the deployment of the “Eto” platform, he disclosed that the platform manager has been given up to the end of June to live up to his game in terms of deploying the necessary assets and human resources, to complement the reconstruction of the roads by government.

On Port automation, he stated that the Authority had directed all the terminal operators and shipping companies to embrace smart solutions to enhance service delivery, “while many of them are making the right investments, the level of compliance is not where it should be, he said.

He posits that there is the need for a Port Community System where every stakeholder including the NPA could interface with one another, adding that although it takes significant resources and time to automate, “it is my hope that all segments of the industry would automate their systems to make Port operations timely and less cumbersome”, the MD admonished.

On corruption and extortion on the Port access roads, he acknowledged that some of the deployed security operatives from the Nigerian Police, LASTMA, Nigerian Armed Forces and NPA Security personnel have been found culpable, however strong disciplinary measures in line with public service rules are being taken against these “bag eggs”, he stressed.