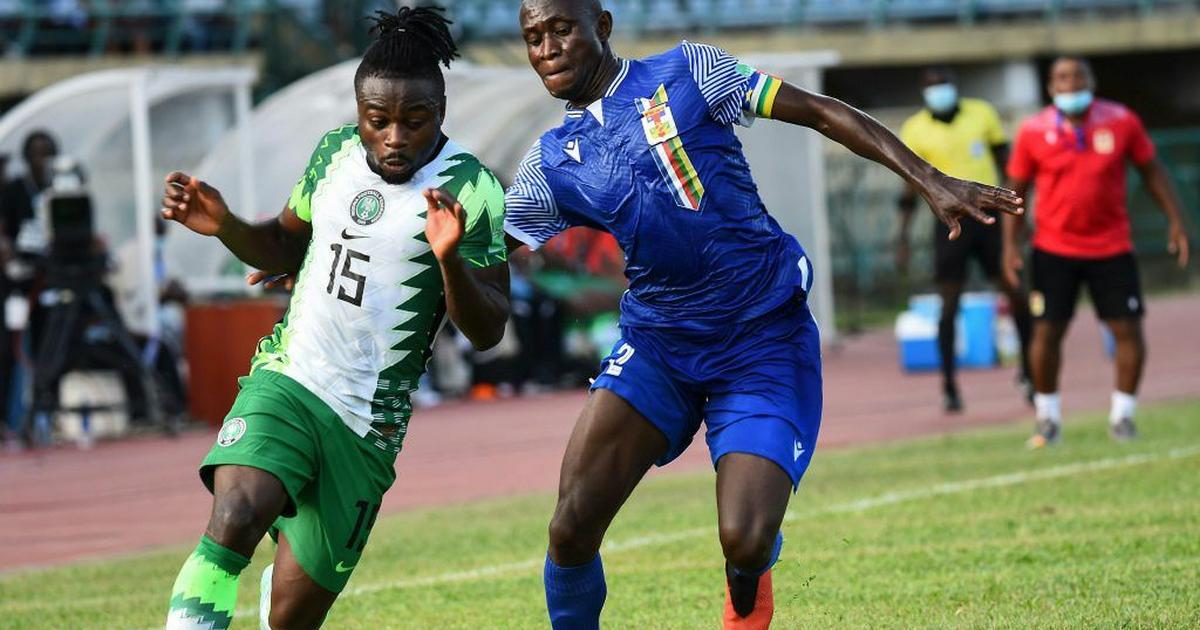 His father wanted him to give up on football as a teenager and join the military, but Moses Simon is now preparing to help lead Nigeria’s tilt at the Africa Cup of Nations title in Cameroon.

The 26-year-old winger has enjoyed plenty of success during a nomadic start to his career and is currently impressing at French Ligue 1 club Nantes.

The versatile Simon has scored 13 league goals since joining Nantes, initially on loan, from La Liga club Levante in 2019 and has become a key member of the Nigeria side.

But he had to push to be given the chance of becoming a professional footballer, going against the wishes of his father.

“My dad loves football but he didn’t want me to play,” Simon told AFP. “He wanted me to be as him, in the military, because most football players in my areas didn’t make it in football.

“But my mum, like every mum, wants the best for her child. If you are happy, for them of course they are happy.

“But he said ‘No, you have to join the military’. So I had to push, so that was when I went to a school where they played football. He asked: ‘Which school do you want to go, I will pay’. So I had to choose a school that plays football but he didn’t know.”

Simon first moved to Europe in 2013 after being scouted by Dutch giants Ajax, but soon returned to Nigeria.

His first big break arrived in the unlikely surroundings of Slovakian club Trencin, though, where he played for two seasons.

“It didn’t work out (at Ajax). I believe it was the two parties, the agent and the club,” said Simon.

“So that was when I went back to Nigeria, I stayed there for four months before I moved to Slovakia.

“I was 18 when I moved to Slovakia. It was OK because I went there with a friend of mine. We played the under-20s together, so we were used to each other.

“That same day, him and me went to Slovakia to sign there. Of course in January, it was really cold. But we had no choice but to stick together and try to encourage ourselves if we wanted to succeed.”

– ‘Winning’ the goal for Nigeria –

Three-time African champions Nigeria are among the favourites for the title at the Cup of Nations, which got underway on Sunday, although their build-up to the tournament was somewhat clouded by the sacking of German coach Gernot Rohr in December.

He had come under pressure during an up-and-down World Cup qualifying campaign and was replaced by Portugal’s Jose Peseiro.

The Super Eagles open their tournament with a mouthwatering clash against seven-time winners Egypt on Tuesday.

Simon is confident, though, of Nigeria being able to go all the way and lift the trophy for the first time since 2013.

“Winning is the goal,” he said. “The last one we were third, now we have to do everything possible to have a gold medal, and we can.

“It’s difficult for every coach that wants to coach Nigeria because you have to do what the fans want, what the people want. You have to win, you have to play good.

“In Nigeria, everyone is a coach, so it’s not easy to coach Nigeria.”

Rohr played Simon in a variety of positions, including as a striker, winger and full-back.

“I don’t have a problem with that. If the coach thinks I can play there,” he said.

“If any coach says ‘Eh, I want you to play even as a goalkeeper because I believe in you’, I will stay in goal.”